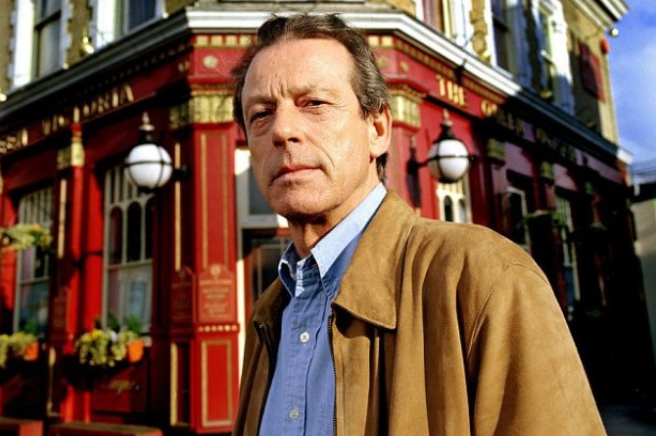 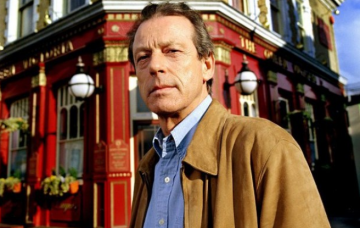 Leslie Grantham, who has died at the age of 71, played a key role in some of EastEnders’ most explosive storylines and remains one of the soap’s most famous stars.

Appearing in the series’ first ever episode in 1985, Grantham starred as Den Watts – later receiving the nickname “Dirty” after getting his adopted teenage daughter’s 16-year-old friend pregnant.

His tumultuous marriage to alcoholic wife Angie captivated the nation and more than 30 million people – at the time over half of the UK population – tuned in to the 1986 Christmas special to watch Den present her with divorce papers.

Grantham first left Albert Square in 1989 after a criminal gang he was involved with, called The Firm, tried to kill him.

Viewers were led to believe he had died, but the character returned to the soap in September 2003, when it was revealed he had faked his death and fled to Spain.

It later emerged that, while in exile, Den had remarried. His estranged wife, Chrissie, played by Tracy-Ann Oberman, joined him in Albert Square but was incensed by his repeated infidelity.

She ended up killing him in the Queen Vic, beating him over the head with an iron doorstop.

Eventually, Chrissie was jailed for the crime and Den was buried in his original grave next to Angie.

Grantham’s final appearance in EastEnders was on the soap’s 20th anniversary.

Meanwhile, stars and fans have flooded Twitter with tributes to Leslie, including his former co-stars Tracy-Ann Oberman and Letitia Dean.

She said: “I have very special memories of working with Leslie and will cherish them always.

“He looked after me in my early days and showed me the ropes, always with care and kindness.”

She added: “He never failed to make me laugh and I will remember him with love, affection and gratitude forever. See you up[ there Leslie. Thank you for everything. Love and respect always, Tish.” 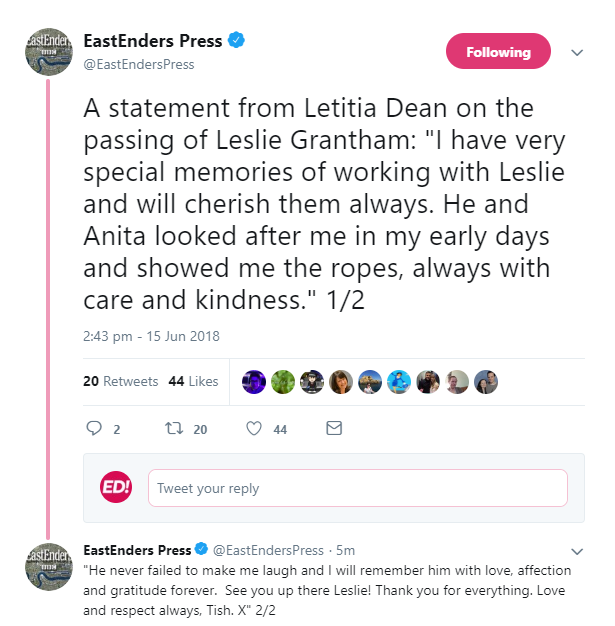 Meanwhile, John Yorke, EastEnders Executive Consultant, said in a statement: “Everyone at EastEnders is deeply saddened to hear that Leslie has passed away.

“We extend our deepest sympathies and condolences to his family and friends at this extremely difficult time.” 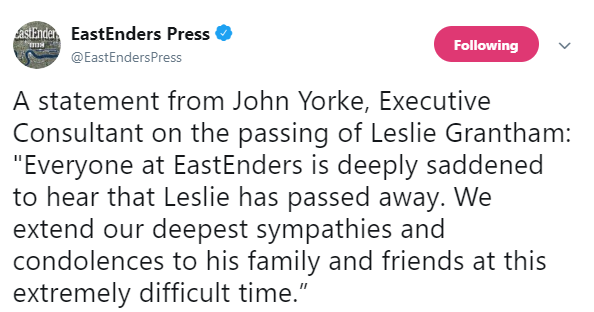 She said: “I was very fond of Leslie and am so sorry that he has gone.

“I always enjoyed talking to him, he made me laugh and always had a twinkle in his eye when he said outrageous things.”

She added: “He was a wonderful and special actor, witty and very talented. I shall remember him very fondly and with affection.” 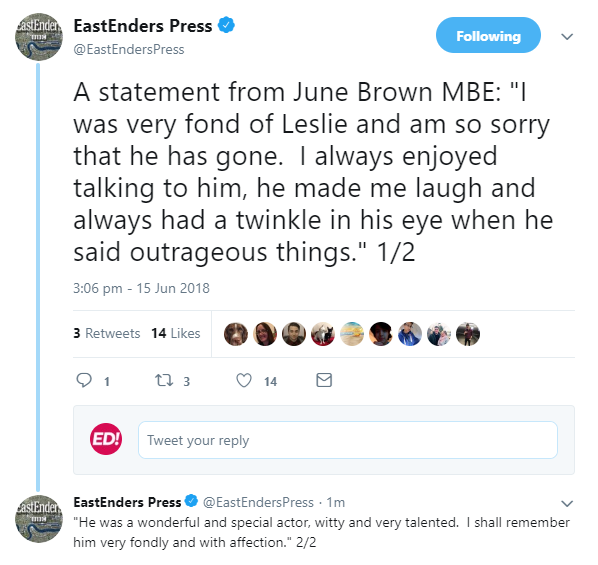 Other EastEnders stars have paid tribute to Leslie. 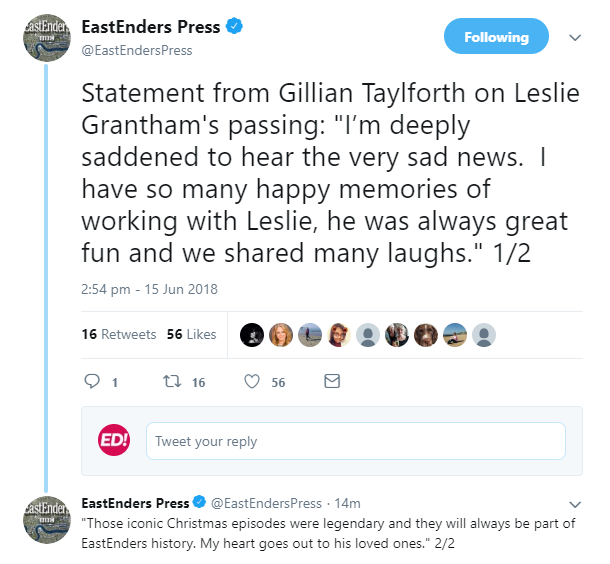