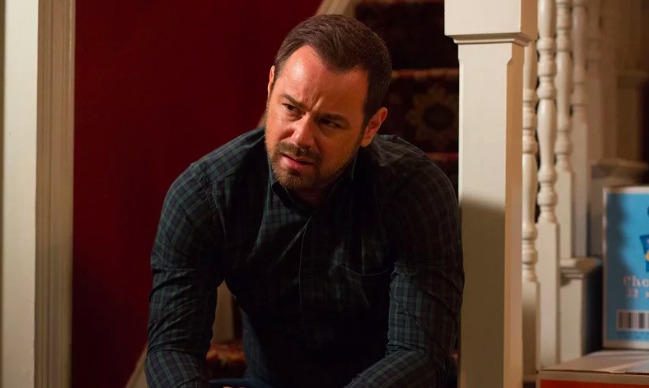 Danny Dyer, who plays Mick Carter in EastEnders, has spoken out amidst rumours his alter ego will die in the show’s 35th anniversary episodes.

As reported in the Mirror, Danny said: “Another 10 year stretch and then I’ll just take a backseat.

However, one major character will die on the soap’s anniversary as they will fall into the River Thames as the Carters, along with other Albert Square residents, celebrate The Queen Vic, winning the ‘Best Pub’ competition.

Danny joined the soap in 2013, but could we see him be killed off?

Is his committment to stay a red herring to throw us off the scent? Or is Mick definitely not the one who’ll lose his life?

Another 10 year stretch and then I’ll just take a backseat.

Read More: EastEnders fans LIVID with ‘vile Sonia as she steals from Dot

Who do you think will be killed of on the show’s 35th anniversary?