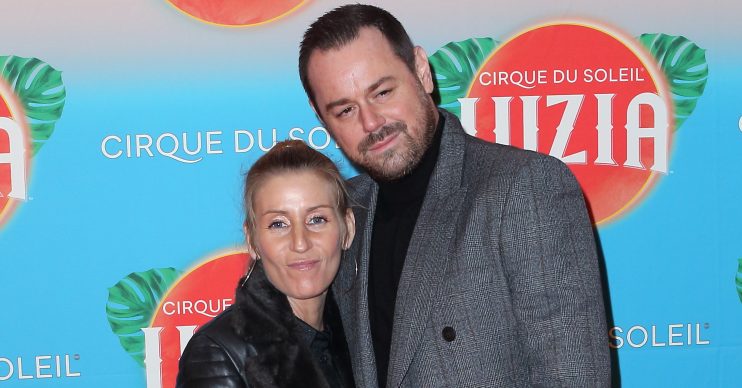 Saying 'I do' again

Soap star Danny Dyer is set to renew his wedding vows to his wife of three years.

Danny, who plays Mick Carter in EastEnders, and Jo – who started dating in 1992 years before marrying in 2016 – are set to say ‘I do’ again.

Mum-of-three Jo, 43, revealed that they will ‘definitely’ do it because he has ‘humiliated’ her in the past and she’s had to deal with a lot of [bleep] in their relationship.

After a nutty long week I wanna thank @champneysspas for looking after me and my Juana. Never been before. Everyone bowling around in a dressing gown was quite liberating. Beautiful.

Speaking to The Sun, Jo said: “I just think we should, with all the [bleep] I’ve had to deal with as a wife.”

I just think we should, with all the [bleep] I’ve had to deal with as a wife.

“For me and him, I think we got carried away the first time, the excitement.

“We will [renew our vows], we will do something very low key.”

Happy Birthday to the woman who makes me feel a thousand feet tall…You’re a lioness amongst lambs…..here’s to spending the next 30 years of madness together….love you….❤️❤️

Danny, 42, and Jo were married in a lavish showbiz ceremony, but Jo now thinks that she wouldn’t have gone down that route if she had her time again.

“I don’t regret it at all, we had a great time, a great party, but if I knew the situation I was going to get myself into, I wouldn’t have gone down that route.”

Asked what she meant, she went onto describe how she was ‘humiliated’ after tying the knot.

The newspaper says that their marriage has survived episodes of Danny’s reported infidelity and Jo has even kicked him out on numerous occasions.

Meanwhile, Danny has spoken out about the rumours that his character in EastEnders will die in the upcoming 35th-anniversary episode.

One major character is set to die in the episode after falling into the Thames after the Queen Vic wins a ‘best pub’ competition.

But Danny said: “Another 10-year stretch and then I’ll just take a backseat.