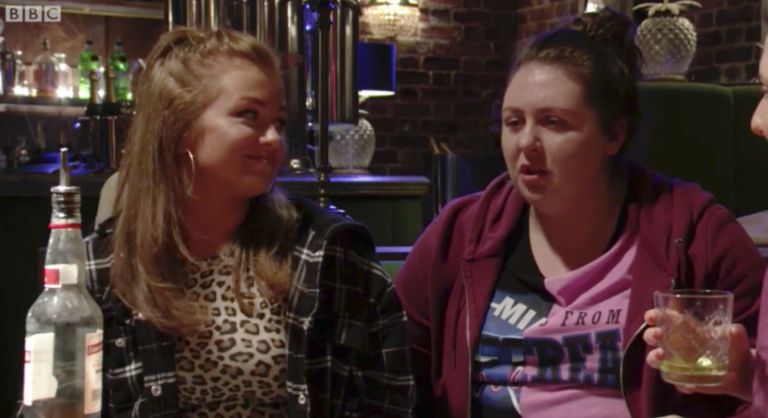 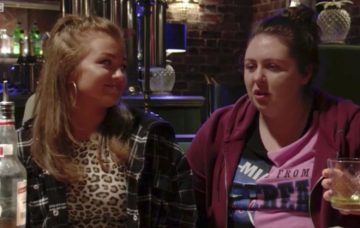 EastEnders: Bernadette Taylor and Tiffany Butcher to fall in love?

The soap have hinted at a love affair...

Bernadette Taylor has been tipped for a new lesbian storyline after she shared a kiss with Tiffany Butcher.

In scenes that aired this week (Tuesday 29 May), viewers saw Bernadette grappling with her feelings after kissing her friend during a seemingly harmless game of spin the bottle.

While the kiss was all in good fun, an uncomfortable Bernadette seemed to struggle with the kiss and was reluctant to join in.

After the lip-on-lip action, Tiffany (Maisie Smith) called it “no big deal”, while Bernie (Clair Norris) was seen clearly upset.

The two became unlikely mates earlier this year when Bernadette was among the few to warm to Tiffany when she first returned to Walford.

Tiff in turn helped Bernie when she was being bullied.

But will the kiss change everything?

Several social media commentators made it clear they are shipping the pairing already!

One fan said: “BERNADETTE HAS A CRUSH ON TIFFANY THIS IS THE BEST THING FINALLY SOME LGBT TEENS IN #EastEnders.”

Another enthused: “So bernie likes tiff? i support this.”

Bernie tiffany together saying nothing #EastEnders

Bernadette liked that kiss a bit to much #EastEnders

Is Tiffany in love with Bernadette or Keegan then! #EastEnders

While many fans seem convinced that Bernie has feelings for Tiffany, Tiff’s intentions are less obvious as she also kissed Bernie’s brother Keegan on the same night…

The group had broken into E20 to be together and honour the memory of their recently deceased friend Shakil Kazemi.

Do you think Bernie and Tiffany are destined to become a romantic couple? Leave us a comment on our Facebook page @EntertainmentDailyFix and let us know what you think!