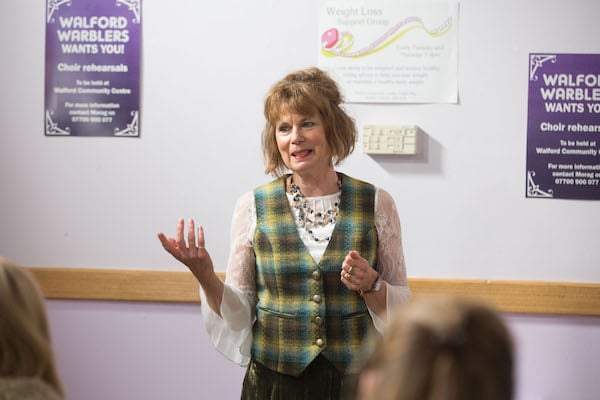 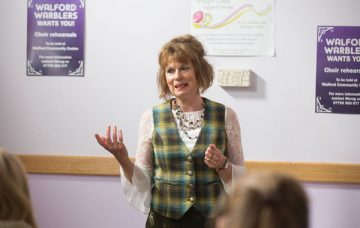 The new face on the Square is set to ruffle feathers when she arrives next week – taking the lead at Walford’s Christmas choir.

It has been revealed that Morag will quickly rub local residents up the wrong way with her big personality and larger-than-life attitude as she battles to get the local choir up to scratch for a singing competition.

The drama starts when Ian Beale arrives at rehearsals, having been duped into going by Kim Fox-Hubbard.

After Ian insults Kim about being part of the festive singing group, Kim gets her own back by lying to him that object of his affections, Mel Owen, is going to be there.

Still harbouring not-so-secret feelings for his ex wife, Ian falls for the prank and turns up all suited and booted, only to discover Mel is nowhere to be seen.

It doesn’t take long for choir leader Morag to then find herself on the wrong side of Walford residents when her boastful approach to life means they all get off to a bad start.

Will she be able to make amends and lead Walford Christmas choir to victory?

Julia Hills is a well-known face on TV after playing the role of Rona in BBC family sitcom 2point4 Children for eight series.

She has also appeared in a huge array of TV shows, including Channel 4 comedy series Who Dares Wins, Doctors, Outnumbered, and Casualty.

Julia is also known for her radio work, most famously playing Annabelle Schrivener in BBC 4 radio show The Archers.

Are you looking forward to seeing what Christmas has in store for Walford  Leave us a comment on our Facebook page @EntertainmentDailyFix and let us know what you think!