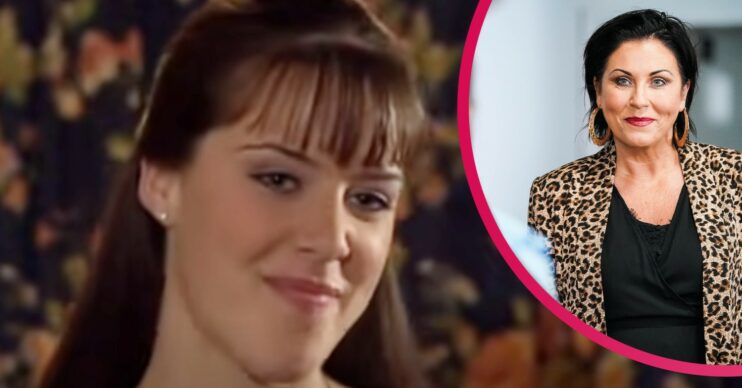 EastEnders: Zoe Slater must return with her family, fans demand

EastEnders fans have called for Zoe Slater to return to Walford with her own family after Kat mentioned her daughter.

Zoe Slater is the oldest daughter of Kat, however Zoe had been raised believing Kat was her sister.

She discovered the truth in 2001 when Kat blurted out that she was her mother during an argument.

In last week’s episodes of EastEnders, Tommy had been trying to persuade his mum Kat to allow his ‘cousin’ Scarlett Butcher, who is in care, to come and live with them.

Kat explained she was unable to look after Scarlett, however Tommy is unaware that Scarlett is not his cousin, she is actually his half-sister.

Lola caught Kat looking at a bunch of birthday cards. Kat revealed they were cards she had written to her daughter Zoe over to the years.

Kat said to Lola that if she had never told Zoe she was her mother, then she’d might still have her as a sister.

She said: “I could help celebrate her birthday, plan her hen night, help out with her kids.”

She then revealed that she felt nothing good came from telling the truth and begged Lola not to tell Tommy that Michael Moon is his biological father, fearing she would also lose Tommy.

EastEnders fans call for Zoe Slater to return with her family

Although fans were unsure if Kat was talking hypothetically, they explained they would love to see Zoe back with a family of her own.

In a Digital Spy forum, one fan wrote: “Personally I would love to see Kat with a teenage granddaughter and a recast Zoe back.”

A second commented: “I wondered the same thing. Is this a hint of a recast Zoe Slater return with a family in tow?”

A third said: “Would love to see Zoe again.”

Another added: “It wouldn’t be much of a stretch to believe that Zoe has had children, and I’ve made the same argument for Vicky Fowler too.

“If they were ever to reintroduce these characters, it would make sense to bring a family with them. Given that they’ve both been off-screen for 15+ years it’s plausible.”

Would you like to see Zoe Slater return with a family? Head to our Facebook page @EntertainmentDailyFix and tell us if you’ll be tuning in.