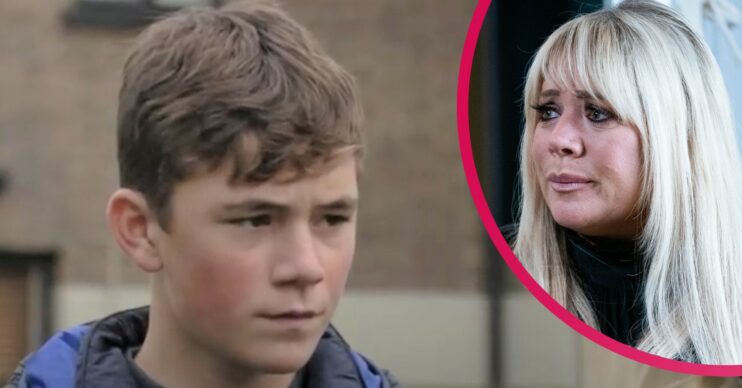 EastEnders: What happened to Dennis Rickman Jr? What is Bleu Landau up to now?

It's been two years since Dennis has died

It has been two years since EastEnders character Dennis Rickman Jr died, but what happened to him and who played him?

EastEnders: Who is Dennis Rickman Jr?

His father was stabbed and killed on New Year’s Day 2006 so Dennis never got a chance to meet his son.

Sharon named their son after his late father.

Denny’s stepfather Phil Mitchell became a father figure to him.

Denny also had a younger half-brother Albie, who is the son of Sharon and Keanu Taylor.

In 2015, Bleu Landau took over the role and played Dennis until the character’s death in 2020.

What is Bleu Landau up to now?

Bleu appears to still be acting. Last month he revealed he had just finished filming Sky drama Code 404 and had been working with Stephan Graham and Daniel Mays.

He captioned his Instagram post: “Code 404! It’s a wrap. Been great being back filming what what a privilege to work with these two quality actors, it was a very fun one to be a part of.

EastEnders: How did Dennis die?

In February last year The Vic celebrated winning Best Pub in London by having a party on a boat on the River Thames.

Dennis was on the boat and was being tracked down by Sharon’s best friend, Ian Beale.

Dennis had been bullying Ian’s son, Bobby, online, leading to him getting beat up and needing surgery.

Ian found Dennis on the boat and locked him in a room on the lower deck of the boat with the plans of taking him to the police station when the boat docked.

However Keanu and Phil got into a fight on the boat causing it to crash and take on water.

Dennis was trapped in a room filling with water. However Ian decided to go back and try and save him.

Ian managed to get Dennis out of the room, but a surge of water caused the teenager to drown.

Meanwhile Sharon was giving birth to her second son. Shortly after his arrival, Keanu went to the hospital and told her that her oldest son had died.

Dennis left Sharon a voicemail telling her Ian trapped him and the boat was taking on water.

Dotty Cotton got hold of the voice note and blackmailed Ian. However when she told Sharon, she refused to believe her.

Eventually it was revealed Sharon knew about the voicemail and her and her ex-husband Phil were trying to get revenge on Ian.

They plotted to kill him, however Ian ended up fleeing Walford.

Finding out Dennis Rickman Jr fathered a baby before his death

Last year a baby was left on Sharon’s doorstep with a note saying: “Alyssa is yours, please take care of her. I can’t do this anymore.”

With no idea who Alyssa’s mother could be, Zack thought he was her father. Eventually Martin realised there was a chance Alyssa could be his child and both men decided to get a DNA test done.

However when Zack and Martin got the DNA results back, it showed neither of them were Alyssa’s father. 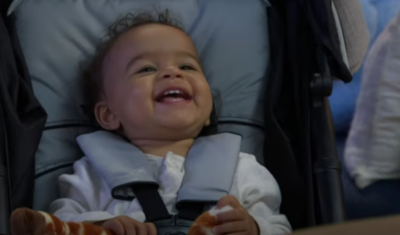 Later Sharon found that one of Alyssa’s missing toys had been returned. Zack soon spotted a girl and he and Sharon caught up to her.

She told them her name is Jada and she’s Alyssa’s mother, but she never got a chance to tell him he’s a father.