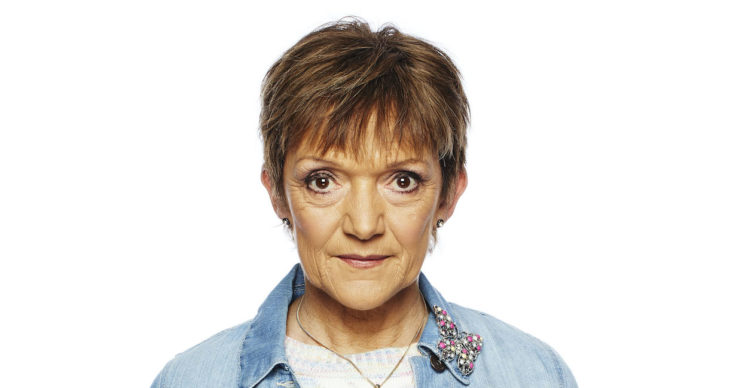 Daniel died in February this year

EastEnders viewers have been left worried for Jean following Daniel’s message from beyond the grave in last night’s episode (Tuesday, April 22).

Back in February, Jean was left devastated when boyfriend Daniel died as a result of his cancer.

But this isn’t the first time Daniel had ‘died’ to Jean. Last year, he led Jean to believe he had passed away after discovering his cancer was terminal.

Wanting to spare her from falling in love only to lose him, he got his neighbour to call saying he had died. But when Kush saw him at the hospital, Jean soon learnt Daniel was alive.

The pair spent his last few weeks together.

In last night’s EastEnders episode, Jean received a huge box. As Mo and Stuart dragged it through the house, Stuart said: “It’s Daniel.”

Misunderstanding, she immediately thought he’d faked his death again and said: “Oh no. No no. No, he can’t keep doing this to me. It’s not funny. Get out.”

As Jean broke down in tears, Mo clarified it wasn’t Daniel, but he had left her a present, which turned out to be a piano.

Later when Tommy began playing the piano, Jean again thought Daniel had returned and was the one playing. But is there a reason for Jean’s behaviour?

After her run in with Suki Panesar, Jean stopped taking her bipolar medication.

Jean actually though Daniel was alive and playing a joke.

Now viewers are growing concerned for Jean and are worried she is struggling with her mental health.

There’s this whole subplot going on that I think people have forgotten. Just after he died she decided she didn’t need to take her medication (but obviously hasn’t told anyone) so I think she’s going off the rails & maybe when it’ll climax Stacy will have returned? #Eastenders

Although no one knows Jean has stopped taking her medication, will someone eventually realise what’s going on?