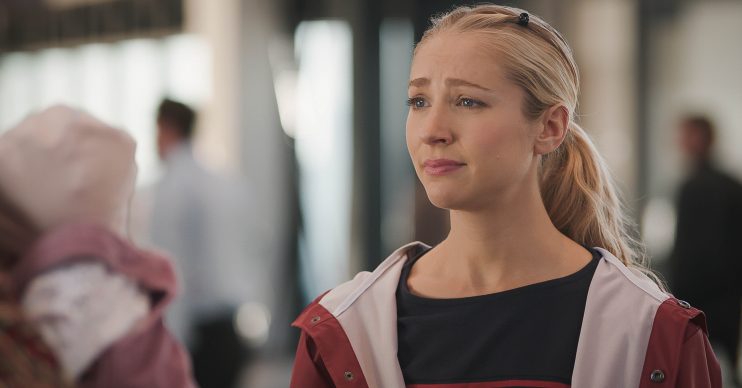 Back in 2016, Mick and Linda’s daughter Nancy, who was played by Maddy, left Walford in order to travel the world.

Meanwhile, Maddy went on to explore new roles and eventually joined the cast of Casualty as Ruby Spark in 2018.

Recently, Casualty confirmed that Ruby will be leaving the show in Saturday’s episode (Saturday, April 18) as she quits her job at the hospital in order to raise her niece.

But EastEnders fans are hoping this means Maddy will be returning to her role as Nancy.

What have fans said?

In a Digital Spy forum, one fan wrote: “With the news from DS that Maddy Hill is leaving Casualty, could this mean a return for Nancy in EastEnders?

“The Carters could do with a younger family member back, it felt that Callum was their replacement but now he’s in with the Mitchells and also has Stuart.”

One fan responded saying: “Hopefully and hopefully another return for Lee as well.”

A second added: “Nancy, yes please. Lee, no thanks.”

What is Ruby’s exit storyline in Casualty?

After the tragic death of her sister Violette, Ruby took custody of Violette’s daughter Harmony. However, she struggled to balance work with raising a child and made the decision to hand the baby over to her parents.

But soon has a change of heart when she learns her parents plan to relocate to Portugal.

Ruby gets a much-needed confidence boost over her parenting abilities from her boss Jan, and realises she wants a future with Harmony.

After rushing to the airport to collect the baby, she announces her plan to quit her job as a paramedic and start fresh somewhere new.

Read More: Are Emmerdale and Coronation Street on tonight? Your daily soap listings including EastEnders

But her final episode isn’t without dramatic, medical action. Viewers will see Ruby forced to amputate a woman’s arm after she is pushed under a moving train.

When she returns to the hospital, she receives high praise for her heroic actions.

Is Nancy coming back to EastEnders?

Although Maddy hasn’t stated if she will be returning to EastEnders, Nancy’s exit left the door open for a return.

Recently it was revealed that the Carters would be selling The Queen Vic. Could we see Nancy make a comeback for the storyline?

Do you want to see Nancy return to EastEnders? Leave us a comment on our Facebook page @EntertainmentDailyFix and let us know what you think!