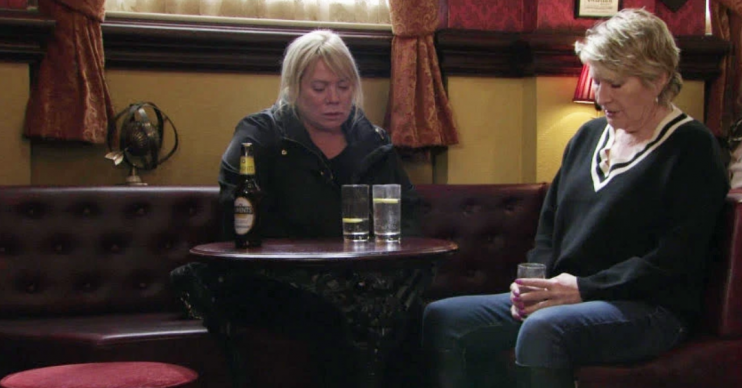 Fans were amused by the editing error, which was a bit of much needed light relief in Friday's episode.

Imagine if half way through your G&T it magically just refilled itself – wouldn’t it be great? Well, for Sharon on EastEnders, that dream became reality this week.

Eagle-eyed viewers spotted the editing error on Friday night’s episode, while Sharon Mitchell was grieving for her son Dennis after his shock death.

In a rare heart to heart with Shirley in the pub, we saw Sharon’s glass was almost empty. But when she picked it up to take a sip a second later, it was full.

The people of Twitter were suitably impressed with Sharon’s never-ending G&T – let’s be honest, who wouldn’t be?

TV mistake in #Eastenders just now. Sharon picked up a glass that was half empty and drinks from a glass that is completely full.

The blunder was a bit of much-needed light relief from this week’s episodes, which left viewers absolutely heartbroken as we saw Sharon almost try to take her own life.

In Thursday night’s episode Sharon took her baby over to Karen Taylor, who is the baby’s paternal grandmother.

Karen spotted that Sharon had packed a lot of nappies and jokingly said that Sharon was going to run away and leave the baby with her.

Then later Sharon went back to the Mitchells’ home, where she once lived, looking at pictures of Dennis. She took out a bottle of pills from her bag. Ian found her and she admitted she couldn’t go through with it.