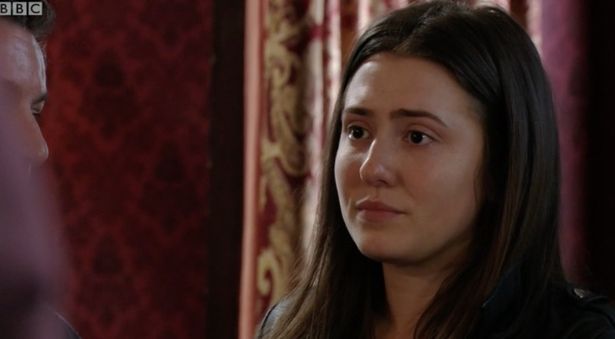 Her character Bex tried to take her life

Viewers of EastEnders have praised actress Jasmine Armfield after her character Bex Fowler attempted to take her own life.

In last night’s episode (October 4 2019) Sonia threw a leaving party for her daughter as she was just a day away from moving to Oxford university.

However, viewers – and Lis Fowler – had noticed that Bex didn’t seem happy about going to university.

Lisa attempted to talk to Bex about her problems, however the teen brushed her off and tried to carry on as normal.

But Bex then slipped away from the party early and left a note for her parents, Sonia and Martin, before taking a lot of pills.

The scene flashed forward to the next morning when Sonia came into her daughter’s room and found her unresponsive.

As Sonia began to panic the aftermath sees the family try to come to terms with what Bex has done – and hopefully get her the help she needs.

Viewers have praised 20-year-old Jasmine for her performance.

What a tear jerker that was, Eastenders done an incredible job with that, the scenes where so well done. And great performance from Jasmine #EastEnders

i am so so proud of jasmine. the way she portrayed that was so phenomenal. i hope she knows how proud we all are #Eastenders

such a heartbreaking storyline, it’s been portrayed so well by jasmine <3 #eastenders

On ED!’s Facebook page, someone said: “She acted this brilliantly.”

Another added: “Great acting from Bex.”

Over the last few months, viewers have seen Bex struggle.

Alongside an unrequited crush on Kush, she began taking ADHD medication in order to help her focus and study for her A-Level exams.

When the pressure became too much, she ran away and became paranoid someone was following her.

Luckily Stuart managed to find Bex and bring her home.

Jasmine joined EastEnders in 2014 as Martin and Sonia Fowler’s daughter.