EastEnders viewers have been left heartbroken for Callum as he revealed he the secret lover of an old army friend who had died.

In Monday night's episode of EastEnders (August 12 2019), Callum was visited by a woman named Vicky who revealed that her brother Chris had died in a head-on collision caused by a drunk driver back in February.

Chris was an old army friend of Callum's. Vicky also revealed Chris had written to her telling her about a man he was in love with in the army called 'H'. She asked Callum if he knew who it was but he said he didn't even know Chris was gay.

Vicky invited the funeral director to the memorial and in last night's episode (August 13 2019) he went along and saw some of his old friends from the army.

As Callum went to give Chris's beret to Vicky, he got upset and left.

I can't cope with heartbroken Callum.

When he returned home, Callum told his fiancée Whitney that his army friend had died and that was why he was acting strangely.

Callum soon returned to the memorial and told Vicky that he was 'H', who Chris had talked about in his letters. 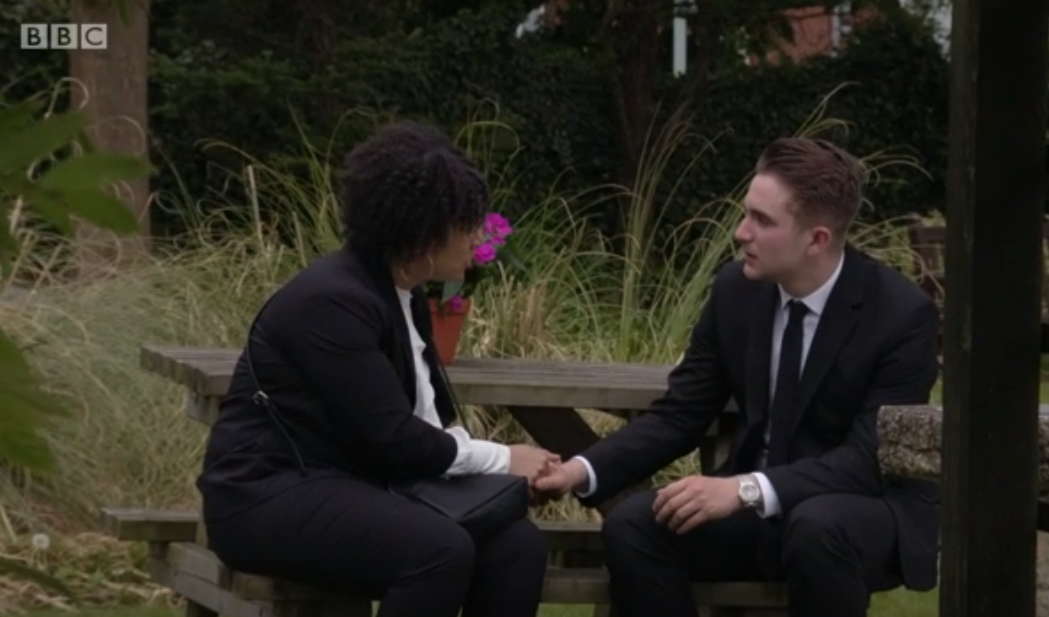 Callum told Vicky he was the man Chris was talking about in his letters (Credit: BBC iPlayer)

Callum explained nothing happened between them but they clicked. He revealed he pushed his feelings away because he didn't know how to deal with it, but regretted not talking to Chris about he really felt.

Callum revealed to Vicky he was getting married to a woman soon and Vicky gave Callum the letters Chris had sent her, where he poured his heart out.

Viewers were left heartbroken as Callum sobbed over the loss of his former lover.

Today is gonna break me even more, isn't it?#Callum#EastEnders pic.twitter.com/iDPvHLD4Sq

Another great episode last night, Callum’s scenes were so emotional and raw. 😢 #eastenders