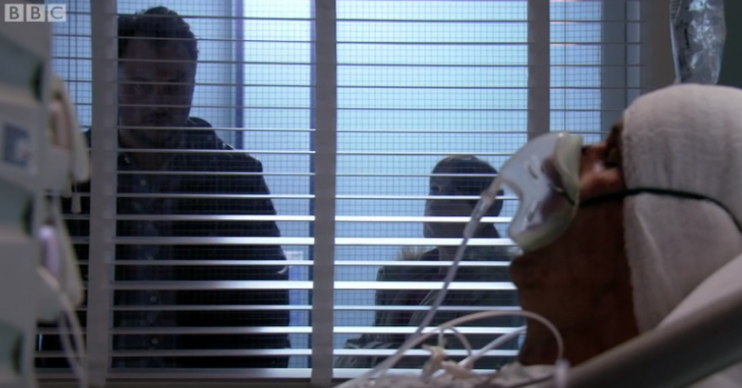 Martin believed he had killed the person

Viewers of EastEnders found out who Martin Fowler and Tubb’s hit-and-run victim is.

Earlier this week, the two were celebrating their latest heist and as they drove away from the scene of the crime, they didn’t see someone walking in the middle of the road.

They ended up hitting the unidentified person and drove off without calling an ambulance.

Martin feared he had killed someone and asked Ben Mitchell to have the van he was driving destroyed.

However the guilt was eating him up and he confessed to his ex-wife Sonia what had happened.

In last night’s episode (December 26 2019), Sonia revealed she had done some research and found out a man had been brought into hospital after a hit-and-run.

Sonia took Martin to see the him and the market stall owner was horrified as he looked through the hospital window.

Although viewers weren’t told the victim’s name, they got to see who he is.

Martin said: “He’s fighting for his life, Son. What have I done? I can’t…”

He’s fighting for his life, Son. What have I done? I can’t…

Sonia told him he needed to be stronger for their daughter Bex saying: “Look, she needs you. I need you.

“Sometimes good people do bad things but for good reasons.”

She told Martin he was a good man but he replied saying: “No I’m not. Not anymore.”