During incredibly emotional scenes on Thursday (May 16), Bailey's mum - played by Anjela Lauren Smith - made the devastating decision that suicide was preferable to living with Multiple Sclerosis and mental illness. 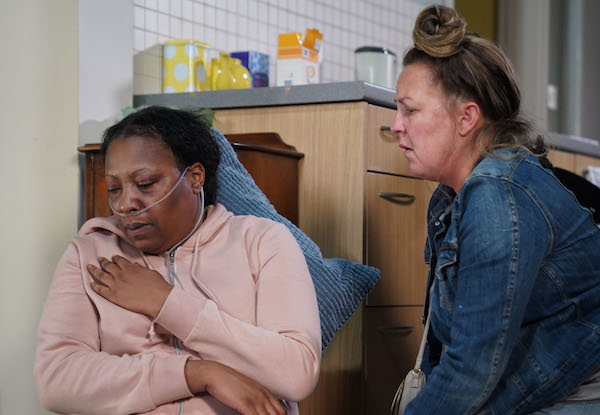 Karen had been caring for Dinah (Credit: BBC)

After previously hinting to Karen that she wanted to take her own life, Dinah finally went through with her tragic plan.

While Karen took Bailey to the park, Dinah was left alone long enough to end it all.

Poor Mitch was horrified when he checked up on Dinah later and found she was dead.

Viewers saw Mitch leave the house with a pained expression on his face, before an ambulance arrived to take away her body. 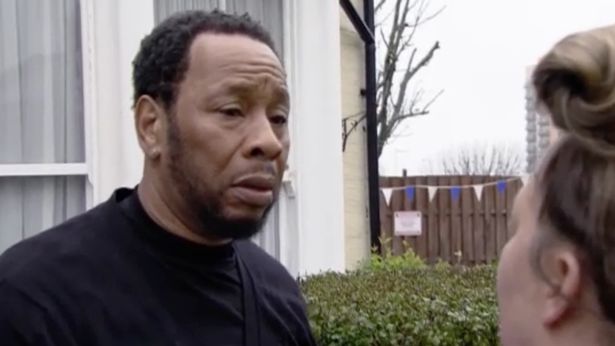 He then had to break the news to Karen - who was as devastated as those watching from home.

EastEnders leaving me absolutely heartbroken tonight... Such a sad end to some an important issue.

Tearful fans expressed their upset on Twitter, with one saying: "EastEnders leaving me absolutely heartbroken tonight... Such a sad end to some an important issue."

Another added: "That last scene between Dinah and Bailey broke my heart!"

@bbceastenders #EastEnders leaving me absolutely heartbroken tonight... Such a sad end to some an important issue 😢💔

Promise you my heart cannot take this Dinah storyline😭 #EastEnders

Can't believe what pain Dinah must be in to leave Bailey like this. 💔 #EastEnders

A third typed: "Promise you my heart cannot take this Dinah storyline."

"Can't believe what pain Dinah must be in to leave Bailey like this," cried another.

Fans of the BBC1 soap are now bracing themselves for the moment that Bailey is told the harrowing news that her mother has died.

One box of tissues will not be enough...

If you or someone you know is struggling with the effects of MS, visit https://mssoc.uk/2W8QzU2.

Leave us a comment on our Facebook page @EntertainmentDailyFix and let us know how this storyline affected you.