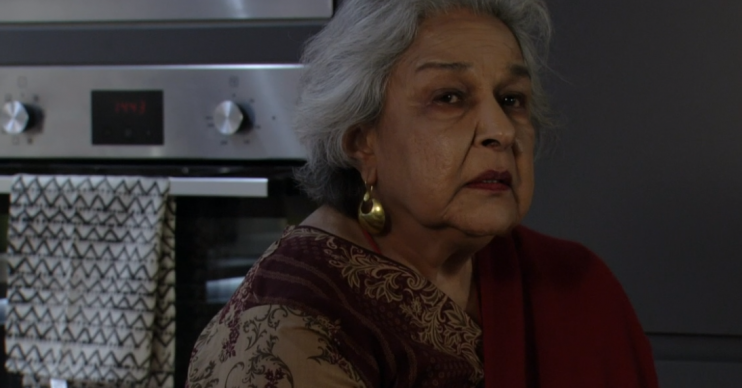 Viewers of EastEnders have been left devastated as Mariam Ahmed told her family she wants to move back to Pakistan.

In Monday’s episode of the BBC soap (October 7 2019) Mariam told her husband Arshad that she had been mugged back in August when she was bringing home the food for Eid.

In last night’s episode (October 8 2019) Arshad told Adam what had happened. Adam then went onto tell Habiba and Honey.

The three decided to organise a meal for Mariam after learning that she didn’t even want to leave the house.

Despite worrying she wouldn’t show up, she did attend the meal where she made a confession.

Mariam said that the meal reminded her of home, where she grew up.

She then told Arshad she wanted to move back home to Pakistan, however Arshad didn’t seem to keen on the idea.

Viewers have been left devastated and don’t want Mariam and Arshad to leave.

I love Mariam and Arshad, be such a shame if they both leave! Never given the real chance they deserve. #Eastenders

Mariam and Arshad arrived on screen in January 2018.

They are the aunt and uncle of show fave Masood, who left earlier this year.