EastEnders viewers are demanding the return of veteran character Ian Beale, after months of him missing on screen.

Walford's very own answer to Lord Alan Sugar left the soap in February and hasn't been seen since...

And, believe it or not, there's an army of Ian fans who are missing him! 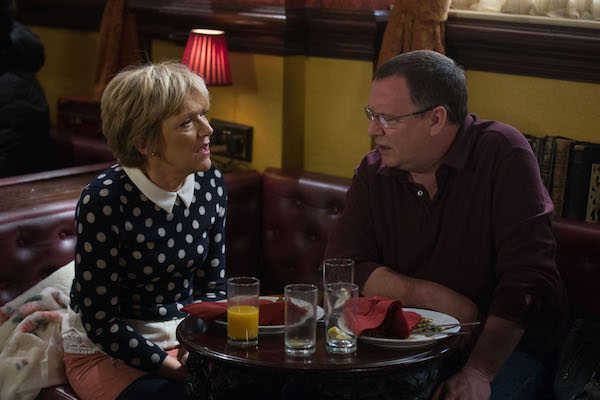 Ian and Jean had a brief liaison before Ian left the Square (Credit: BBC)

Ian, played by Adam Woodyatt, made a shock departure from Albert Square four months ago when he announced he was leaving to visit his estranged son Peter.

The chip shop owner was last seen getting into a cab headed toward the airport, after being persuaded by mum Kathy to reconnect with Peter who now lives in New Zealand.

The trip came after Ian revealed to Kathy that murderer Bobby Beale was being released from prison in the summer... 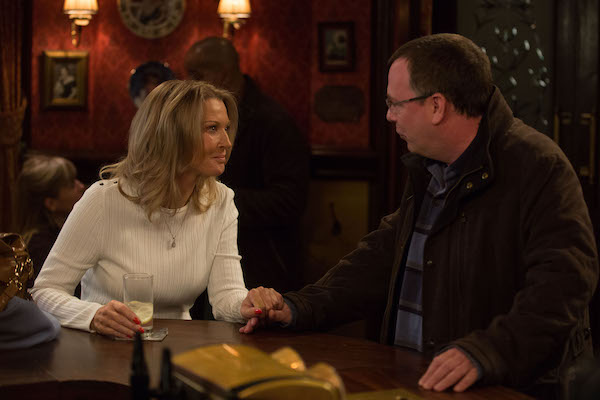 Viewers know that Peter fled to the other side of the world with his pregnant girlfriend Lauren Branning, after it was revealed that his half-brother Bobby had murdered Peter's twin sister Lucy and that stepmum Jane had covered it up.

Ian can be a slimy rat, but he has good qualities too and has been the bedrock of the show.

This follows Ian disowning Peter after finding out that Peter had been supplying Lucy with cocaine before her death.

However, when Ian left to reconcile with his son, no indication was made about when he would return.

And fans are beginning to worry. 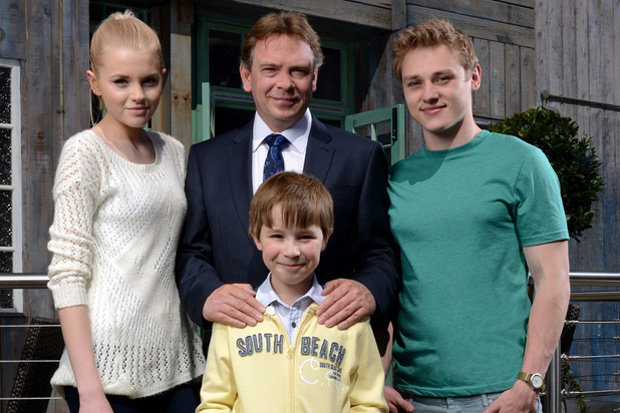 The Beale family before the epic fallout (Credit: BBC)

Posting on Digital Spy Forums, one said: "Where's Ian? Last time we saw him, he was jetting off to New Zealand. He's been gone for months now. Does anyone know when he's returning?"

Another said: "I definitely miss him. Ian can be a slimy rat, but he has good qualities too and has been the bedrock of the show."

A third commented that Ian and his screen mum Kathy had barely appeared together in eight months, saying: "Kathy left in October and was absent for four months. She returned in February only for Ian to leave as soon as she came back.

"He's now been gone four months as well. So apart from crossing paths very briefly in February, it's been eight months since Ian and Kathy were properly onscreen together which is strange considering they live in the same house." 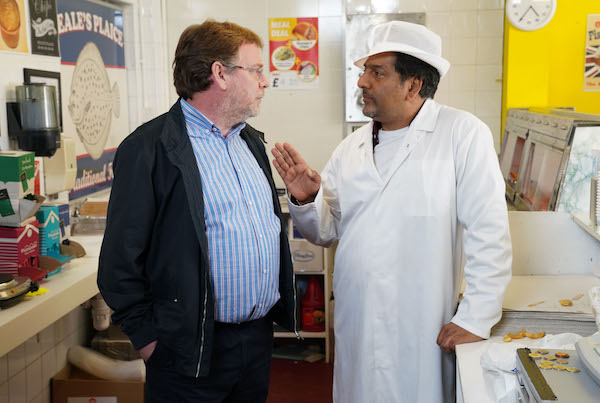 "It was unfortunate he wasn't around for Mary and Lofty's one-off episode," remarked one  more. "It would have been nice to have seen the originals together."

Another joked: "Hope he's back soon. There's no other character that can make me want to punch them in the face one minute and hug them the next!"

One even declared Ian "the Ken Barlow of Walford" and others said it would be strange for Bobby to return without dad Ian being present.

Spoilers tell us that Bobby is about to return to Walford after a three year stint in jail for killing his own sister in cold blood.

Bobby Beale returns to Walford! After a three year stint behind bars, he’ll be coming home this summer, but will he be welcome?

Clay Milner Russell is set to make his television debut and take on the role of Bobby in #EastEnders. pic.twitter.com/bng3tDncLJ

As for actor Adam, he is taking a leave of absence from the soap for an undisclosed length of time.

He recently ran the London Marathon for Dementia Revolution in honour of Barbara Windsor, and will soon appear on Celebrity MasterChef.

ED! have contacted EastEnders for a comment on Ian's return.

Do you miss Ian Beale? Leave us a comment on our Facebook page @EntertainmentDailyFix and let us know what you think!