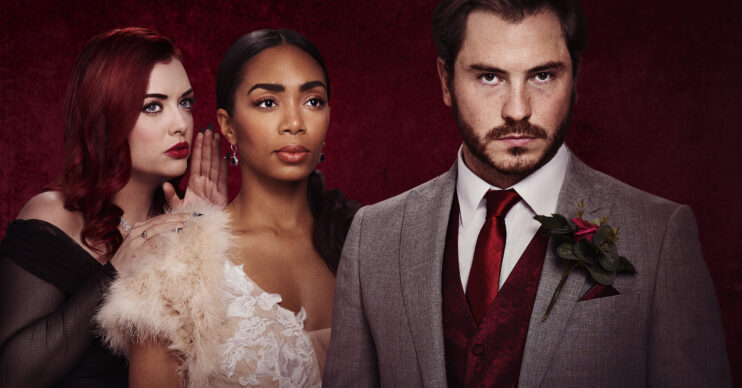 "What the hell was that?"

EastEnders failed to impress viewers with its Christmas Day episode.

Fans accused the BBC soap of making no sense with two plot twists in the 40 minute episode.

They had been expecting serial killer Gray Atkins to be exposed after two long years, but it didn’t happen.

First she tried and failed to seduce him, and secondly she told Chelsea about Gray abusing Chantelle.

“He’s dangerous,” she said hoping to stop Chelsea from walking down the aisle.

“You’re in danger, Chelsea please, I love you, don’t marry him. I don’t want you to end up like Chantelle.

“I think he killed her – I cannot let you marry him without knowing the truth.”

EastEnders fails to live up to Christmas hype

But her plan failed – and Chelsea married Gray.

And after being publicly humiliated for trying to seduce Gray on his wedding day by Denise, Whitney finally decided to show Chelsea the proof she had.

She sent her screenshots of Chantelle’s online posts about Gray’s horrifying abuse.

And it got through to her. Chelsea rushed outside and begged Whitney and Kheerat to help her.

She said: “You have to help me, I have to get away, I married a murderer.”

EastEnders fans were wondering why Whitney hadn’t shown Chelsea the posts in the first place.

But it wasn’t the only thing that didn’t make sense in the episode.

It was also claimed that Dotty Cotton isn’t Nasty Nick’s daughter – and instead is Rocky’s.

Her mum Sandy dropped the bombshell on Dotty in a fury after she exposed Rocky’s lies to a horrified Sonia and Kathy.

Calling her daughter weak and spineless, she left Dotty devastated.

But viewers couldn’t understand the twist – or most of the episode.

They slammed it on social media, calling it the worst EastEnders had done.

One posted on Twitter: “What the hell was that?!? Where were the two ‘actual’ weddings.. why did not a single one of them walk down the aisle?!? Where was the big nazi story line.. that was probably the most mediocre Christmas episode ever! Why did no one die?!”

A second wrote: “So disappointed with #EastEnders Christmas day that was so boring! Gray will live to kill another day lol, Richie will save Phil and Tom is Dotty’s dad  ..I think that episode has to be the worst Christmas episode ever!”

A third EastEnders fan said: “FFS how much longer is this Gray shit going on for, I can’t take anymore, it’s already gone on over a year longer than necessary. To think we lost Tina and Kush for this shit. He should have been caught right after Chantelle’s death.”

And a fourth noted: “Haha how can #EastEnders bill a Christmas Day DOUBLE WEDDING and then not show either of them on screen? Chelsea and Denise have been done SO dirty. This show is gone at the game, somebody come and save it please.”

Leave us a comment on our Facebook page @EntertainmentDailyFix and let us know what you thought of EastEnders Christmas special?