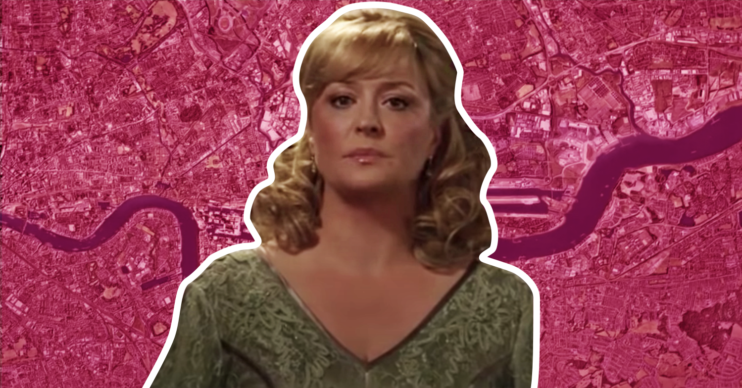 EastEnders viewers have called for Laurie Brett to return as Jane Beale.

Jane left in 2017 after she was blackmailed by Max Branning. Max was threatening to have her adoptive son Bobby hurt in prison, where he was serving time for murdering his sister Lucy, and attacking Jane, if Jane didn’t go.

However over the last few years, a lot has changed for the Beale family and fans think it’s time Jane made a return to EastEnders.

EastEnders: What did fans say?

In a Digital Spy forum, one fan wrote: “Watching EastEnders 2008 on iPlayer. God it’s good isn’t it? I wasn’t a regular viewer back then (real life has taken over) but so so so much better than the current rubbish.

“And isn’t Laurie Brett good? She and Adam Woodyatt were so well paired. Why oh why are the present team not bringing her back?

“Give Ian his soulmate back again.”

One fan responded saying: “One million per cent get Jane back.”

Another replied: “Yes Jane needs to come back.”

A fourth added: “I really wish Jane would return, although Laurie Brett is busy.

“The way she left in a taxi without saying goodbye to Ian was so out of character, if I’m honest. But then again, she helped cover up a murder and put the body in her car boot so I don’t know what is in character now!”

What does Laurie say about returning?

Earlier this year, Laurie confirmed she has “no plans” to return to EastEnders.

She said: “It’s the hardest gig on telly.

“It’s just relentless and I couldn’t believe how knackered I was when I left. It’s all consuming and the thing is when you’re in that bubble you don’t even realise how all-consuming it is.”

She added: “But you know what happened? I left there, I had a rest, I fell in love, I got married, I had a life!

“I had the most brilliant time there and I have friends there but I’ve got no plans to go back!”

What is happening with the Beale family?

Last year, Bobby was released from prison. Max was furious to see him back as Max had previously gone to prison for Lucy’s murder, before Bobby was charged.

However, Max and Bobby were soon able to put the past behind them and even struck up a friendship.

As Bobby struggled with his mental health and building his relationship with dad Ian back up, he turned to Islam.

Earlier this year, his older brother, Lucy’s twin, Peter, also returned to Walford after years away.

Is it time for Jane to make a return?