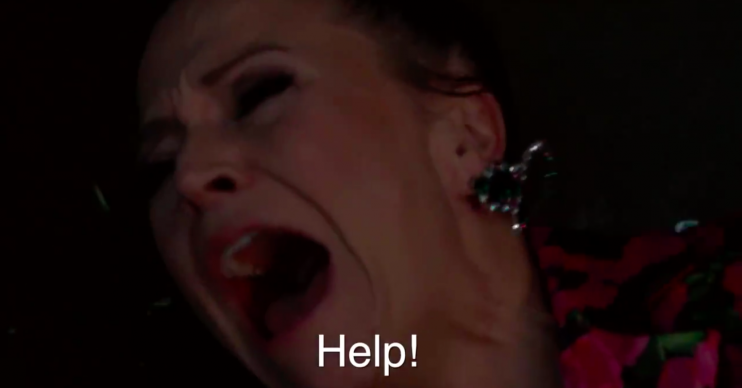 A major character will die next week

It’s set to be an explosive week in EastEnders and the BBC soap has teased the episodes in a new trailer.

For the 35th anniversary the soap is pulling out all the stops with a deadly boat disaster that will claim the life of at least one major character.

Batten down the hatches, we’re in for a bumpy ride.
EastEnders. Next Week. @BBCOne.#Trailer #EastEnders #EastEnders35 pic.twitter.com/f8nqGdMEac

Alcoholic Linda Carter can be seen screaming for help as her estranged husband Mick fights to save her from drowning as the boat capsizes.

Back on the booze, Linda shouts for everyone to get the party started while kicking off the bash for The Queen Vic’s pub of the year win.

But things take a turn when the boat runs into trouble and Linda’s left collapsed on the floor of the sinking boat.

Water swirls around her as she comes to and realises she’s trapped.

Linda screams for help as her estranged husband Mick fights to try and find her on the rapidly going down boat – but he’s not alone.

Ian Beale can also be seen racing through the boat as it sinks underwater, while Phil Mitchell is taking revenge on Keanu Taylor on deck.

“Least you can do is look me in the eye after stabbing me in the back,” he tells a bloodied and beaten Keanu. But what is Keanu hiding?

After kidnapping Callum Highway and leaving him to die, Callum lays motionless on the ground begging for someone to save him – will Ben get there in time?