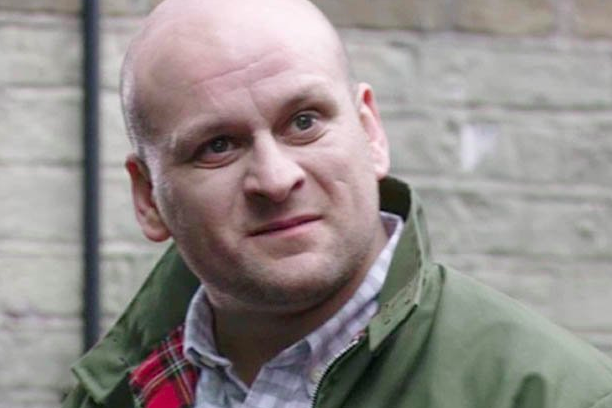 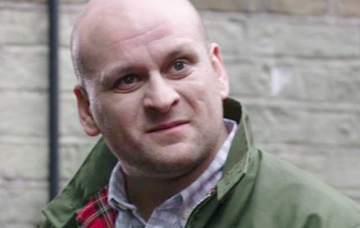 EastEnders to pitch Stuart Highway against a new enemy

The villain will meet his match, says Kate Oates

EastEnders have revealed two new plot twists for villain Stuart Highway – and one of them will probably really shock you.

Boss Kate Oates has confirmed that the bald baddie is about to encounter a new enemy in the coming months, which she describes as “really interesting” and “exciting”.

But it’s the second storyline that people might find more alarming, as Kate hinted that viewers might actually start to feel SORRY for the unhinged weirdo.

In an interview with Metro.co.uk, the Senior Executive Producer of EastEnders, Casualty and Holby City spilled the beans on the upcoming plot arcs, saying: “We will be exploring a lot of Stuart’s past and finding out why he is the way he is.

“It may explain quite a lot. The exploration of his backstory will bring some really strong material and we will also see the formation of a new adversary for Stuart which is really interesting and I’m really excited to see develop.”

While Kate did not reveal who Stuart will be clashing with, fans will surely be hoping to see him meet his match after terrorising the Square since his arrival last year.

And will soap fans be able to find any sympathy for him after everything he has done to the Carter family?

Viewers know that Halfway’s brother Stuart is an old friend of Mick, but their friendship went horribly sour when it became obvious that Stuart had an unhealthy obsession with the family.

After it was revealed that Stuart played a disgusting prank on Tina when they were younger, his true colours seemed to come out.

When he shot himself and framed Mick, leading to Mick spending time in jail, fans slammed the character as the vilest villain to date.

So is it too late for any sort of redemption?

Earlier this week, actor Ricky Champ – who plays Stuart – revealed that his character will get his comeuppance – and promised that it won’t be pretty…

Dad-of-one Ricky, who was nominated for Best Newcomer at the NTAs, told the Sun Online: “Stuart is very, very close to hitting rock bottom. He hasn’t quite yet, but that’s coming.

This week, Ricky attended the National TV Awards with his wife Samantha and shared several photos with the cast on his Twitter page.

Do you think you could ever feel sympathy for Stuart? Leave us a comment on our Facebook page @EntertainmentDailyFix and let us know what you think!