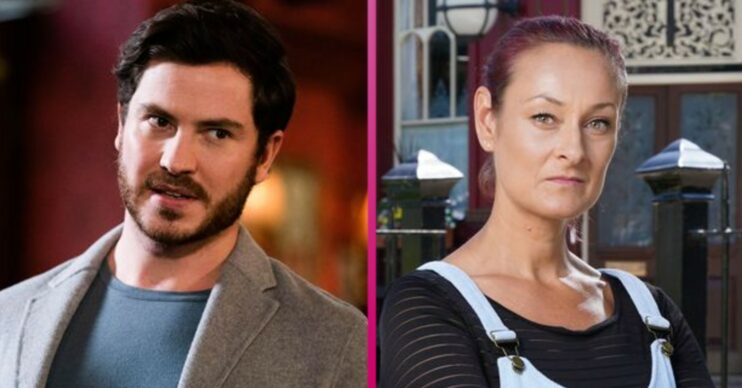 EastEnders fans are convinced Tina Carter is alive and will make a bombshell return at Christmas.

The barmaid was seemingly murdered by Gray Atkins after she discovered proof he had killed his wife Chantelle.

Instead they saw a clash with Gray – and Tina looking lifeless on the sofa afterwards.

More hints have come out since Tina’s earrings were found in Gray’s car by ex Chelsea Fox.

They were found months after the apparent murder – could Gray have dropped them while moving Tina later?

He has also recently come under incredible financial pressure after being sacked from his job.

Gray had been cyber stalking his boss Laura and trolling her with abusive and violent messages.

She worked out it was him and fired him – mocking his weakness to her face.

But with no money coming in, Gray has become desperate – could he need the money to pay for Tina to be held elsewhere?

EastEnders viewers certainly think so – and they think she will be back at Christmas.

One said: “RT if you think Tina Carter is coming back at Christmas.”

A third said: “Tina is being kept somewhere by Gray and she will return at Christmas. Mark my words!”

However there are other hints that there’s going to be a big reveal in the Yuletide season.

Meanwhile, actor Danny Dyer has teased that Christmas in Walford is set to be explosive.

“It goes right off at Christmas, let me tell you that now,” he said.

“Of course it does. It’s Walford innit, mate. We had the one year we were all happy and singing, no one liked it!”

But do you think Tina Carter is returning to Walford alive?