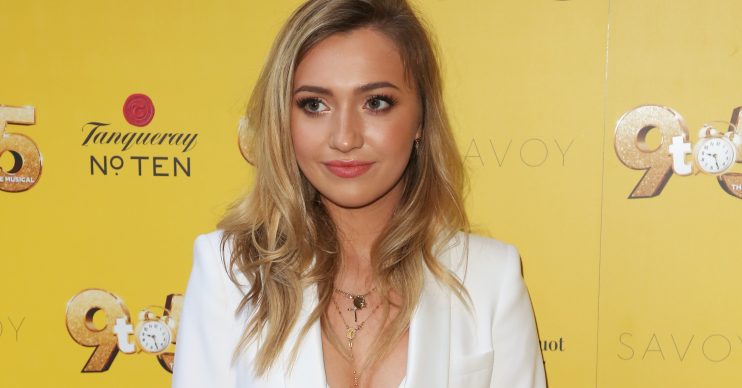 Tilly Keeper recently got her fans in a spin after posting a picture of herself looking very cosy with a former co-star.

The 21-year-old, who plays Louise Mitchell, shared an image on Instagram of her cuddling up with Shaheen Jafargholi, AKA Shakil Kazemi.

Looking glam wearing a black, one-shoulder dress with her blonde locks down, the actress can be seen tenderly touching Shaheen’s face in the picture, while he has his arms around her.

“No personal space,” she captioned the image which she shared with her 225k followers, leading them to wonder if the pair are an item.

“Are you guys dating please need to know?” one asked.

“You are a cute couple,” another told her.

Others described the picture as “iconic”, “gorgeous” and “just the cutest”.

As some pondered if Tilly and Shaheen are together, others said they thought not, believing he’s dating another former EastEnders star – Amy-Leigh Hickman (who played Star Bragg).

Now Tilly has set the record straight herself in an interview with OK! magazine.

She said of her relationship with Shaheen: “We get on brilliantly but we’re just friends. I’ve been linked to Zack (Morris who plays Keegan) in the past too but they’re both like brothers to me.”

While Tilly may not be dating Shaheen or Zack in real-life, her character is with one of the Taylor brood in the soap.

Louise is currently dating Keanu, unaware that he previously had a fling with her stepmum Sharon.

The plot is building towards an explosive head as the truth could soon be revealed.

Tilly said all the plot twists have come as a surprise to her as she wasn’t aware Keanu would fall for Louise – so she didn’t have time to prepare for her romantic scenes with actor Danny Walters. But she’s not complaining about having to get passionate with the soap hunk!

“Danny is very professional, though, so there’s no awkwardness. People always say they’re jealous I get to kiss Danny because he’s so good looking!” she said.

Do you think Louise and Keanu will stay together on EastEnders? Leave us a comment on our Facebook page @EntertainmentDailyFix and let us know what you think!