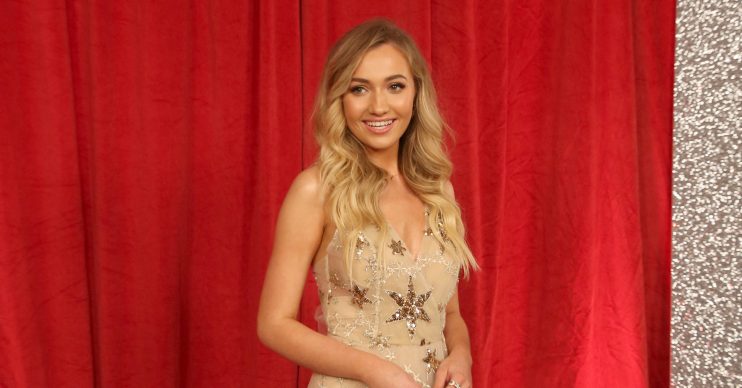 Tilly will be leaving the BBC soap this year

The actress posted a picture outside of The Secret Cinema, set up as Starcourt Mall from the Netflix series.

She captioned the post: “Please submit this to The Duffer Brothers as my pledge to play Steve Harrington’s girlfriend in Stranger Things Season four.”

Fans rushed to comment saying they would love to see her in the show’s next season.

One wrote: “Omg, yes this should happen! I’d love to see you in Stranger Things four.”

A second said: “Wait, why can I legit see this happening?”

Another commented: “@strangerthingstv this amazing icon needs to be in your next series!”

Tilly is currently playing Louise in EastEnders, however it was recently announced she would be leaving the BBC soap after four years of playing Louise.

After discovering the truth, she set up Keanu to be kidnapped by Martin Fowler, who agreed to kill Keanu on behalf of Sharon’s husband Phil and his son Ben.

Please submit this to The Duffer Brothers as my pledge to play Steve Harrington’s girlfriend in Stranger Things Season four.”

However Martin and Linda Carter actually helped Keanu to flee the country.

As reported in Digital Spy, Louise’s mum Lisa will realise in coming weeks that Louise isn’t coping as a single mum and suggest they move to Portugal, as they planned before.

Is this Louise’s exit storyline?

Would you like to see Tilly join the cast of Stranger Things? Leave us a comment on our Facebook page @EntertainmentDailyFix and let us know what you think!