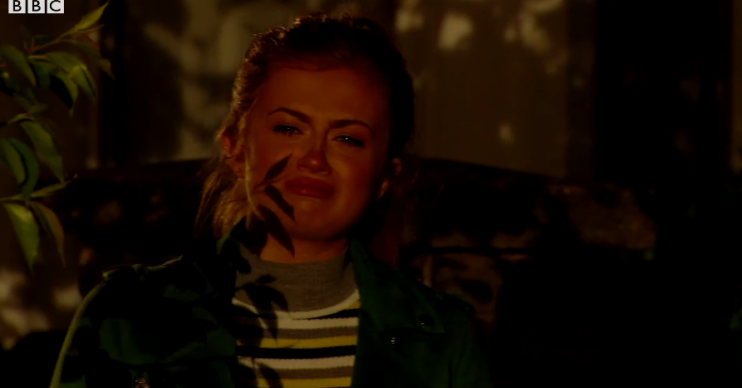 Is EastEnders’ Tiffany Butcher in for a shock as her rapist returns?

She's in for a terrifying shock

Tiffany Butcher is in for a horrifying shock in EastEnders soon.

The school girl was subjected to a terrible ordeal at the hands of the drug gang earlier this year, when Evie Steele groomed her to be raped.

And while Tiffany has kept her ordeal mostly to herself, only confiding in her uncle Jack Branning, the Metro claims she will be soon terrified when one of the men who raped her finds her in Walford.

With Tiffany developing feelings for Keegan Baker, she has slowly come back out of her shell and started to enjoy life again.

But when the pair are walking through the Square, a gang pushes past them and Tiffany realises she knows one of the men.

What does he want from her?

The moment is briefly revealed in the trailer for this summer on the soap, and that’s not the only thing.

Fans have been confused over the scenes showing Jack Branning arrested for assault with a tearful Tiffany looking on.

It hasn’t been revealed who Jack has attacked, but could he have taken revenge into his own hands and assaulted Tiffany’s rapist?

A policeman warns him in the trailer: “If they find you guilty of assault, you could go down for years.

“And we both know prison is no place for an ex copper.”

Viewers will have to wait and see to find out what the truth is, but there are going to be some explosive moments happening this summer on EastEnders.

Read more: The Royal’s Amy Robbins signs up for guest role in EastEnders

Spotting Bobby in the Square, Max screams at him before chasing the terrified teen into his house and standing over him.

Who do you think Jack attacks? Leave us a comment on our Facebook page @EntertainmentDailyFix and let us know what you think!