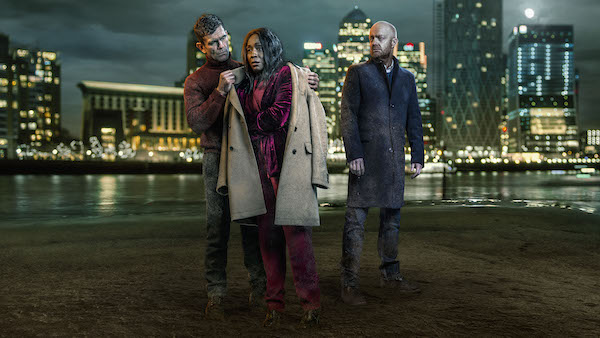 Death is coming to Walford

As we approach the big 35th anniversary episodes EastEnders has teased a devastating shock for Jack Branning next week.

Policeman Jack will be given some life-changing news during the boat party to celebrate the Queen Vic’s Pub of the Year award.

As the celebrations get underway the residents of Albert Square take full advantage of the bash and enjoy themselves while sailing the Thames.

But below deck other things are going on with many characters in harm’s way.

The new spoiler pictures show the moment the boat’s captain tells Jack there has been a serious incident on board.

He looks on shell-shocked in one of the pictures while Big Mo looks to be shouting in horror at what she’s just been told.

Jack’s partner Denise Fox, Patrick Trueman, Sheree Trueman and Isaac Baptiste can all be seen reacting in shock as they hear what has happened.

Following the captain’s huge announcement to the party, chaos takes hold on board and one person won’t make it through the night.

It is believed that the boat will go down in a huge disaster spelling the end of at least one person’s life.

Who do you think will die in the disaster? Leave us a comment on our Facebook page @EntertainmentDailyFix and let us know what you think!