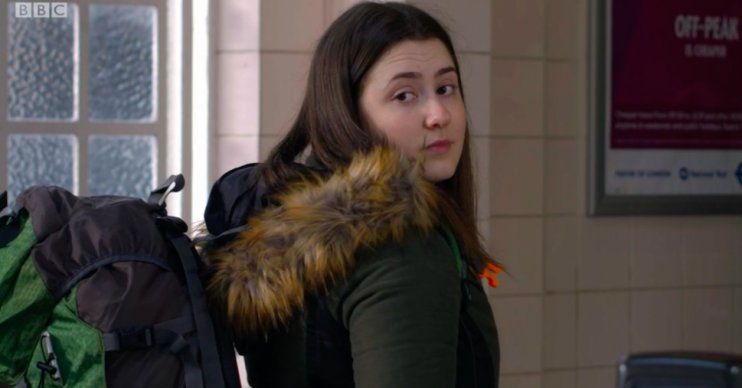 It's a Bexit for Walford

Fans of EastEnders have been left in tears after Bex Fowler’s emotional exit.

The troubled teenager decided to go and see the world after almost dying of a batch of dodgy drugs following months of trauma.

Bex’s mum Sonia had been so terrified about Bex travelling the world just months after she tried to take her own life that she hid her passport in an attempt to stop Bex from leaving.

But with the help of her dad Martin Bex finally found her passport where Sonia had tried to hide it and was off on her way.

But in a surprising twist the letter Bex handed her mum was pieced back together and read – and finally Sonia understood why Bex wanted to leave.

She and Martin accompanied Bex to Walford’s tube station to wave her off with Martin convinced Bex would be back within the month.

The emotional scenes had viewers in tears as they took to social media.

A second said: “Farewell Bex, farewell our blue haired gothic beauty [crying emoji] @jasarmfield has been a delight to watch and we are going to miss talking about her on our podcast [crying emoji] #eastenders”

Actress Jasmine’s exit was revealed earlier this year after she decided to move onto trying new things after five years in the role.

Read more: EastEnders fans think Sharon will give up Kayden for adoption

Executive Producer Jon Sen said at the time: “It’s been an absolute pleasure to work with Jasmine.

“She’s brought something incredibly special to the role of Bex and we will all miss her – both as a friend and colleague. We wish her the best of luck in the future.”

Will you miss Bex? Leave us a comment on our Facebook page @EntertainmentDailyFix and let us know what you think!