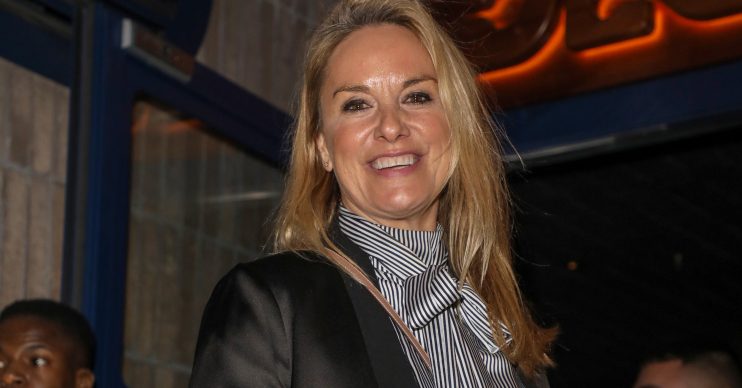 The actress posted a picture of her daughter showing off her new look.

When your kids turn feral but they are basically finding themselves…. pink hair… 7 yrs old …. Marnie mae moonbeam ellis-Outhwaite

Fans rushed to comment saying their kids had done the same.

One wrote: “My daughter talked me into doing it with her last summer… it was still there as a rosie glow six months later.”

Another added: “And why not? Look fab.”

Why did Tamzin Outhwaite leave EastEnders?

Tamzin famously played Melanie Owen in EastEnders on and off from 1998 until 2019.

Last year, Mel was killed off after she crashed her car.

Although she initially survived the crash and was pulled out of the wreckage by Sharon Mitchell, Mel was hit by a lorry when she went back to the car, thinking she could hear her late son Hunter calling her.

However after Mel died, Louise gave birth to a baby girl who she named Peggy Melanie Taylor, paying tribute to her paternal grandmother Peggy and of course, Mel.

Currently, Tamzin is at home with her daughters much like the rest of the UK, who have been told not to go outside to prevent the spread of coronavirus.

Due to the global pandemic, schools in the UK, along with thousands of businesses, have been shut down.

EastEnders has also reduced its weekly episodes from four down to two.

Has your workplace been shut due to coronavirus?