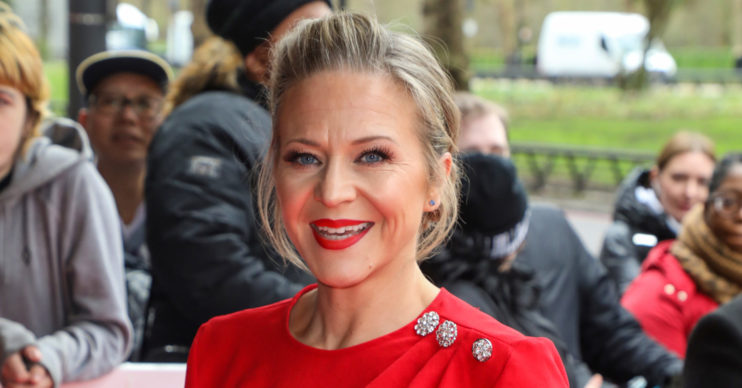 It's all a mystery until they're back on set

Stars of EastEnders still don’t know what is going to happen to their characters when they return.

Actress Kellie Bright has revealed how she and her co-stars will don’t know what will happen to favourites like Linda Carter, Sharon Watts and Ian Beale.

But they cannot wait to get back on set at the end of the month.

Speaking about returning to filming, Kellie told Inside Soap: “I feel very grateful that I have a job that is going to start again, I know it’s going to be challenging.

“I’m looking forward to seeing the people that I work with, and I’m kind of intrigued – at the moment I have no idea what lies ahead.

“I know that we will be living in a very different world after living through coronavirus, and we’re honouring that which is really important but its going to be very very different.”

She said it’s going to be a “new challenge for my brain”, which has “literally gone to sleep for the last few months”.

Kelly added that she’s “worried” about learning her lines.

The soap went off air this week and won’t return until September.

It was claimed recently that the show may use the break to reset some storylines – and scrap others entirely.

“Everyone understands that this is an unprecedented moment in the soap’s history having to take this break, so they want to make a big event out of the comeback,” a BBC insider told The Sun.

“They’re planning big storylines and a big marketing push – but that may mean they just start new stuff from scratch rather than continuing where they’re already at so they can be dramatic as possible.”

Read more: EastEnders fans in tears as soap goes off air for first time in 35 years

Should this idea happen, it will mean EastEnders will effectively begin a ‘second series’, following the first 35 years of the show.

The source added: “It would essentially mean the first series of EastEnders lasted 35 years – and the second starts in two months.”

The soap ended on Tuesday with the bombshell twist that saw Ian and Sharon buy the Queen Vic – to stop Phil getting his hands on it.

What do you think will happen next? Leave us a comment on our Facebook page @EntertainmentDailyFix and let us know.