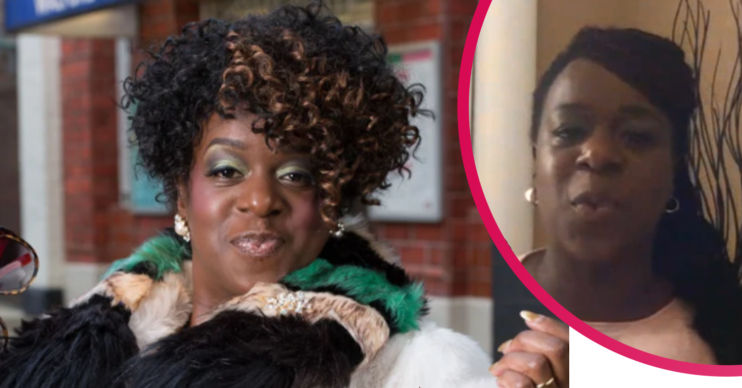 She kept her pregnancy a secret

EastEnders star Tameka Empson has revealed she has given birth to her second baby.

The Kim Fox actress had kept her pregnancy a secret, but announced during an interview on Loose Women that was the real reason she took a break from EastEnders.

She has had a son and is now the proud mum of two children.

Gloria Huniford brought up Tameka’s absence from Walford and asked what she had been doing.

“Well, what can I say?” Tameka began. “I’ve been contributing to the human race.”

Judi Love then said she had heard congratulations were in order because Tameka had welcomed a new arrival to her family.

“Yes, I’ve had a baby boy. A bouncing baby boy,” the actress confirmed.

Jane asked how that had been in lockdown with two young children.

“A challenge, nothing prepares you for it,” Tameka admitted.

“At one stage I’m with my daughter, who’s six, and doing homeschooling and then you’ve got a newborn with whom you’ve just got to watch everything.

“He’s sleeping now, which helps, but I’m made of the good stuff, I’ve come through it okay.”

Why did Tameka keep her pregnancy secret?

She admitted it wasn’t a deliberate decision to keep her second pregnancy a secret, but that she just wanted some time to enjoy it herself.

“It wasn’t so much deliberate, I just wanted to enjoy it.

“I think sometimes when something like a baby comes along you just want to enjoy it before everybody says ‘how’s he doing’. I just wanted to enjoy it for the time, so it wasn’t a secret as such, but now he’s here and he’s loud everybody knows!”

Read more: Emmerdale star Alexander Lincoln reveals he was scared of being told off at work

Tameka was appearing alongside her on-screen sister Diane Parish, aka Denise Fox.  They were on to talk about their episode of Secrets from the Square. It will air on BBC One on Monday night at 8pm.

Tameka also confirmed she would be back at EastEnders “by the end of the year” although said she wasn’t quite sure when just yet. “Stay tuned,” she added.