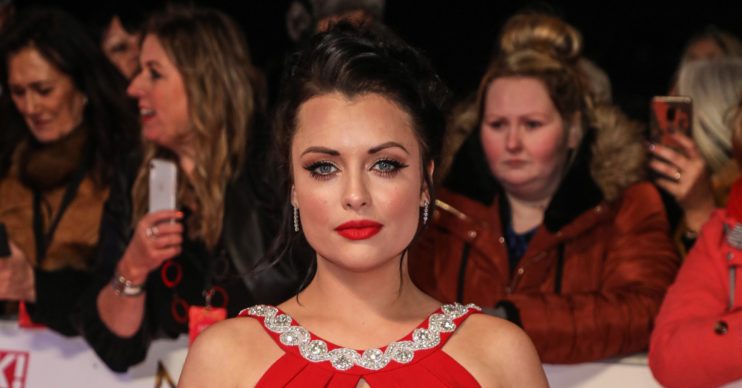 EastEnders star Shona McGarty has shocked her fans with a picture of her ‘lookalike’ sister.

Alongside the image she wrote: “Me n my beautiful sister.”

Me n my beautiful sister 🥰 pic.twitter.com/uHCl0894WX

One wrote: “You look so alike Shona.”

A second commented: “You’re so alike. I thought that she was your stunt double for a minute!”

Another added: “You are so alike.”

Shona has mentioned her sister previously and it seem like the two are close.

Earlier this year, when addressing her split from fiancé Ryan Harris, Shona said she was enjoying spending time with her sister and two nephews.

She said at the time: “I feel great. I’m 28 and I’m in a good place. I’m enjoying spending time with my family, especially my sister.

“She’s got two boys and I get to spend a lot of time with them. I’m also looking forward to having a girls’ holiday.”

Over the last year, Shona’s alter ego has been the centre of an EastEnders storyline. After splitting from fiancé Callum, who she jilted at the altar, she met Leo King.

Unbeknownst to her, Leo had tracked her down and was out for revenge thinking Whitney lied about his dad, Tony, grooming her as a child.

As Leo began to stalk and harass Whitney, the pair had a showdown which resulted in Leo falling on a knife and dying.

However in this week’s episode, Whitney makes a move on her married solicitor Gray.

As he tries to help her with the case by getting her to piece together what happened the night Leo was killed, she becomes distressed.

But she is able to give a detailed account before breaking down in tears.

Seeing her upset, Gray comforts her but Whitney tries to kiss him. How will he react?