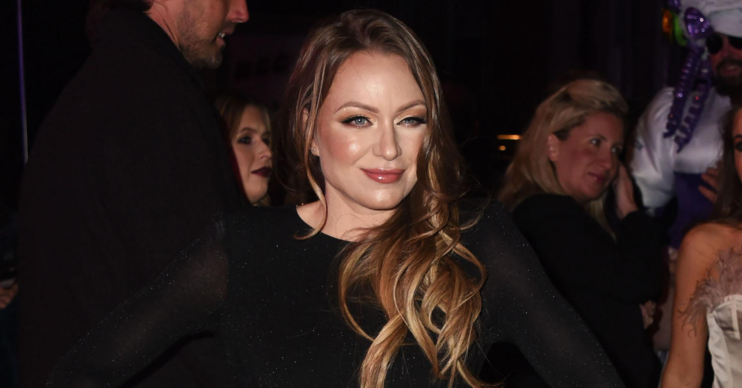 The former soap star has opted for a totally different look!

Rita Simons has showed off the results of a recent makeover as she debuted her new pink hair.

The former EastEnders star, who played Roxy Mitchell in the BBC soap, took to Instagram to flaunt her new locks today (October 15).

The actress revealed she was currently in the process of dying her natural hair as she snapped a selfie at Hadley Yates hairdressers in London.

What has Rita Simons had done?

The shot showed Rita, 43, posing while her locks were covered in bright pink dye.

The mum-of-two is yet to unveil the end result with fans.

Alongside the post, she wrote: “#PinkHairDontCare. Colour in progress by @hadleyyateshair.”

Rita followed the snap with a close up of her pink hair extensions, adding: “#newhair.”

Who is Rita reportedly dating?

The rumoured couple appeared alongside each other from September 2017 until June 2018.

She played salon owner Paulette Bonafonte in the production, while he starred as her love interest.

Meanwhile, back in August, Rita and her husband Theo Silverston parted ways after 14 years together.

The pair have twin daughters together – Jaimee and Maiya.

Rita’s agent told The Star: “Rita and Theo have been separated for almost two years and Theo moved out of the family home some time ago.

“They are currently finalising their divorce, and amicably co-parenting their two daughters.”

Additionally, Rita was eager to sell their family home in order to make a clean start.

What else has Rita been up to?

Rita also recently opened up on her deaf daughter’s struggle to lip-read now face masks are compulsory in the UK.

Taking to Twitter, she wrote: “Masks, not denying the need for them.

“All I know is my deaf daughter has no idea what anyone is saying as she can’t lip-read a person in a mask…but we all wear ours anyway. Breaks my heart a little bit for her.”

Rita’s daughter Maiya was diagnosed at six-months-old of being deaf in her right ear.