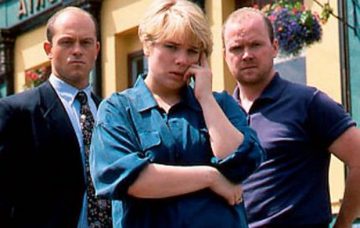 EastEnders star reveals history will repeat itself for Sharon

Danny Walters spoke out about 'Sheanu's' saucy fling being revealed

Danny – who plays Keanu in the BBC soap – revealed to the Radio Times that the pair would be caught out, and it might bring back some memories for long-term fans.

“The way I’ve played Keanu is that this is genuine love. If it’s not, it all becomes about mind games and strategies – and that’s not really Keanu’s style.

“He’s a genuine guy who wears his heart on his sleeve. He’s really fallen for Sharon and the stronger the chemistry between the characters becomes, the harder it will be for them to resist each other.”