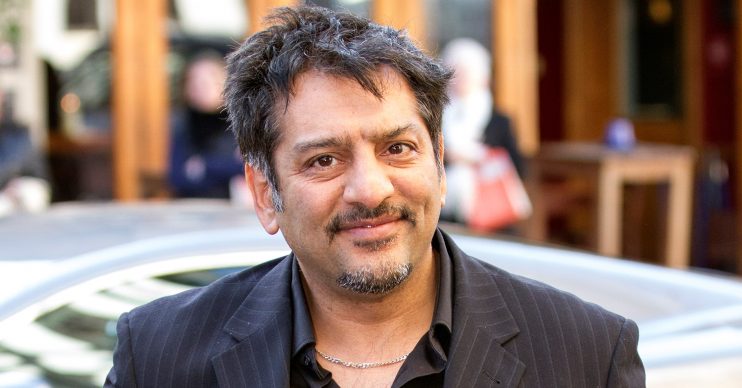 He joked he is "aiming" to be like the Queen

Nitin Ganatra is “pretending” it is his birthday – after he was inundated with social media messages congratulating him.

The former EastEnders star has been busy replying to numerous messages this morning wishing him many happy returns – but he has had to point out he isn’t actually celebrating his big day today (July 1).

In response to a tweet from a celebrity birthday Twitter account wishing him a “happy birthday”, he replied: “Thank you!!! It’s not my birthday but [I’m] happy to pretend and receive many, many good wishes and positive energy!”

The 52-year-old star – who played Masood Ahmed on the BBC One soap – joked he is “aiming” to be like the queen and have two birthdays, and admitted he enjoys being wished a happy birthday even though his big day isn’t actually today.

Following an apology from the celeb birthday Twitter user, he wrote: “It’s okay. Happens every year… twice. I enjoy it.”

Read More: EastEnders star Lorraine Stanley shares picture with her other half to celebrate her birthday

Nitin’s former EastEnders co-star Tamzin Outhwaite was one of the Twittersphere who wished him many happy returns.

She wrote: “Happy birthday. I miss you and your mangos . Yoga soon? (sic)”

And while he sent a similar message back, he looks set to meet the Mel Owen actress for a yoga session soon.

Read More: EastEnders actor Tony Clay was worried he and Max Bowden wouldn’t get on

While Nitin is enjoying celebrating his non-birthday today, last week he was less than impressed when strangers burst into a hotel room he was staying at.

The confusion led to him wondering whether he had accidentally booked into a swingers hotel.

He wrote on Twitter: “In a hotel in Knutsford for work. 12.45 in the night, fast asleep. Door bursts open. Half asleep I yelled “what you doing!? Why I choose a deep voice and Geordie accent I don’t know! The guy ran off terrified. This is why you NEVER sleep naked! And ALWAYS keep your boots on!”