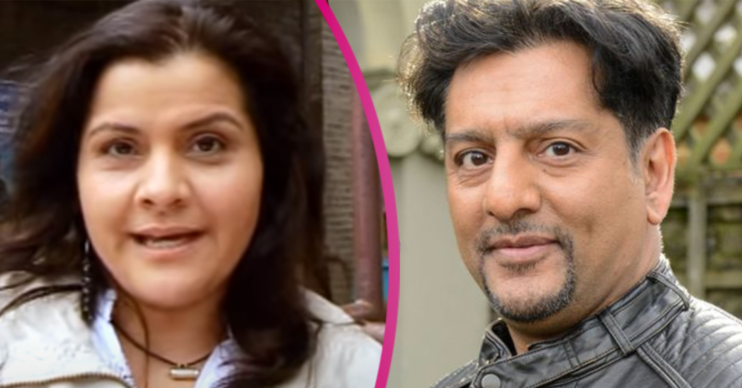 Fans are desperate to have Zainab and Masood back

EastEnders fans have called for Zainab Masood to return after actress Nina Wadia responded to Syed and Amira’s wedding episode.

After learning Syed had been seeing Christian Clarke, despite being engaged, Zainab was furious.

Although Christian went to the wedding venue, he didn’t stop the wedding and Syed ended up marrying Amira.

Read More: EastEnders could be cut to 20 minutes permanently when it returns

As fans went on Twitter responding to the episode, Nina tweeted her thoughts and called for her character to return to EastEnders.

Tweeting Nitin Ganatra, who plays Zainab’s husband Masood Ahmed, she wrote: “@GanatraNitin What d’you say hubby? Shall we head back to the East end? Such great memories.”

@GanatraNitin What d’you say hubby…? Shall we head back to the Eastend…such great memories!

Fans were thrilled by the tweet and begged for the two to come back.

One wrote: “Come back queen! We’re all begging.”

A third tweeted: “Please! We miss you all – massively. The Square isn’t the same without the Masoods. Please come back!”

Another added: “We need you back!”

Read More: Tamzin Outhwaite shares tribute to late lookalike mother: ‘I miss my mum so much’

Zainab was last seen in 2013. She and Masood split up and she left to go to Pakistan.

Come back queen! We’re all begging.

Meanwhile, Masood stayed on Albert Square until 2016 but returned in 2017.

He stayed on the show until last year when he left to go to Australia. But as he left, his nieces Iqra and Habiba turned up and they took over his business at Walford East.

What has Nina Wadia been in since leaving EastEnders?

In 2016, she had a small role in the film A Street Cat Named Bob and last year she played Zulla in Disney’s live-action remake of Aladdin, starring Mena Massoud, Naomi Scott and Will Smith.