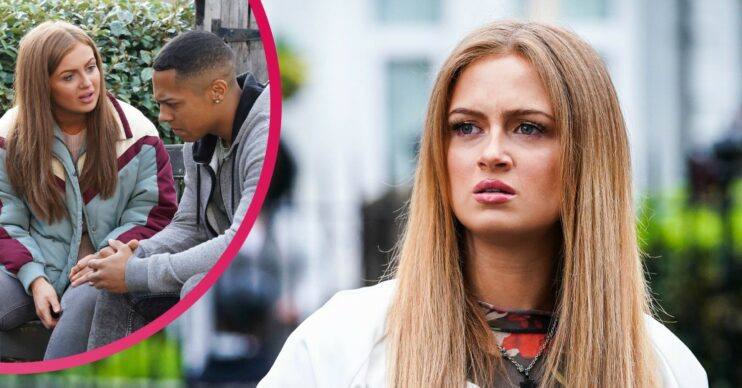 She originally quit the show last year, with her final scenes airing weeks before Christmas.

Tiffany fled the Square after her brother Liam schemed to make her think Keegan wanted a divorce.

But now she is making a comeback for a short stint.

A source told The Sun: “Bosses felt Tiffany had unfinished business with Keegan that needed a resolution before he left.

“So they decided to ask her back for one episode.

“Viewers will have to wait to see if they manage to fix their relationship or whether the bad blood that we’ve seen between them continues.”

The news comes after it was announced Keegan actor Zack had quit the show after five years.

He said: “After five beautiful years on this incredible show, I have made the tough decision to leave Walford and give Keegan Butcher-Baker some well-earned rest.

“This show has quite frankly changed my life for the better. It will always hold a real loving place in my heart.

“The cast and crew of this show deserve every accolade that comes their way.

“The hard work, love and dedication that goes into making four episodes a week is immense and it’s not to be taken lightly.

“This show has given me so much, not just as an actor but as a man. These invaluable lessons I have learned at EastEnders will stay with me for the rest of my life.

“I will forever see this whole experience as the biggest blessing I could have ever asked for. I loved every second.”

Paying tribute to the actor, EastEnders boss Kate Oates said: “Zack has been an incredible asset to EastEnders; not just as a brilliant actor, but as an amazing company member.

“As a founder member of the Taylor-Bakers, Zack has shone in important narratives such as the knife crime story; he’s broken hearts with his beautiful relationship with Tiffany Butcher; and is soon to take centre stage again as his sister’s killer is unmasked.

“We will miss Keegan from our screens, and Zack from our Elstree family. He’s a great talent, and we wish him well for the future.”

His exit – and Tiffany’s return – will air later this spring.