Actress Louisa Lytton has shared a photo from her engagement party.

The 30-year-old EastEnders star, who plays Ruby Allen, posted the picture of her and fiancé Ben Bhanvra to her Instagram account.

The picture is captioned: "What a night."

One fan commented: "Congratulations to you both."

Another wrote: "Awww so cute."

A two-tier cake can be seen behind the happy couple that has the words "That's Amore" on it.

Ben proposed to Louisa on their holiday in the Maldives back in May this year.

The star started blubbing "like a baby" when she saw her significant other had dropped on one knee during their recent romantic break in the Maldives, and despite being excited she also started "freaking out".

Speaking in a joint interview with OK! magazine, Louisa said: "When I saw him on one knee I started crying like a baby. I was so excited but my brain went into overdrive and I started freaking out.

"I had no idea he was going to propose."

Ben took Louisa to a quiet part of the island to pop the question where he told her he wanted to fly his drone to take some picturesque photos of the surrounding area.

But his proposal didn't quite go to plan when a cleaner showed up and was "mesmerised" by the unmanned aerial vehicle.

Ben added: "I had to wait for him to leave. The cleaner finally disappeared so I got a speaker out of my bag that I was going to use to play a song for when I proposed but the Wi-Fi signal was bad so I couldn't get it to play.

"By this point I was so frustrated that I just grabbed the ring and got down on one knee."

The happy couple are planning to marry in the US in 2021, and the pair are keen to start a family. 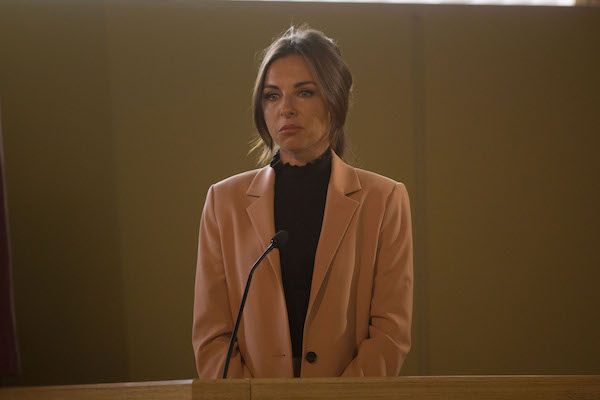 Louisa reprised her EastEnders role as Ruby Allen in September last year after 12 years away from the BBC One soap.

Ruby's love life is very different to Louisa's, as Ruby recently broke up with boyfriend Jay.

But it looks like there's romance on the cards for Ruby and Max Branning.