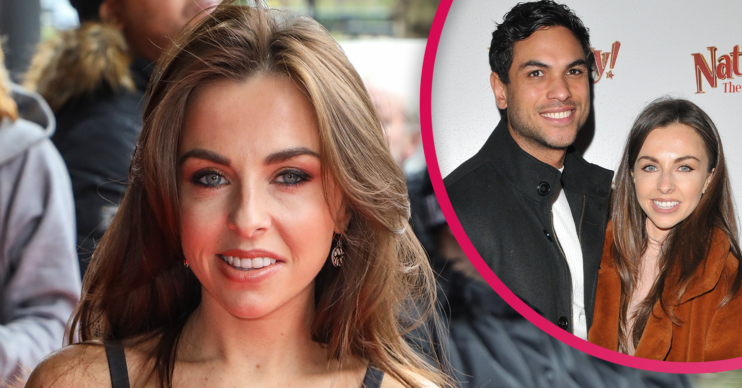 Louisa had been due to marry fiancé Ben Bhanvrua in 2022 because it couldn’t go ahead “the way we wanted this year”.

However, now Louisa – who is pregnant with their first baby – has revealed the nuptials have now been “cancelled altogether”.

She is due to give birth to their first baby in September.

What did EastEnders star Louisa Lytton say about her wedding?

She said they’d decided to postpone the wedding because of the restrictions around weddings due to the pandemic.

However, after falling pregnant, the pair decided to “scrap the whole thing”.

She said: “Well, we’ve cancelled the wedding altogether now. We’ve decided to scrap the whole thing and start again with our plans.”

Louisa added: “We’re going to have the baby and focus on that and then get married once we’re ready. This last year has put everything into perspective and there are bigger things going on in the world.”

Read more: Who is Ruby Allen and why does Lily Slater hate her so much?

The EastEnders star revealed the couple were planning to have 200 people at their wedding.

However, now they’ll have an extra-special guest when they do finally say “I do”.

“Now with the baby, it will be such a different day and it’s just amazing. I was at my mum and dad’s wedding so it’s nice that our baby will now be doing the same,” she said.

How will Ruby leave EastEnders?

Louisa is the third EastEnders star to announce her pregnancy – and soap bosses haven’t revealed how her character Ruby Allen’s exit will play out on screen.

Well, we’ve cancelled the wedding altogether now. We’ve decided to scrap the whole thing and start again with our plans.

Kellie Bright, who plays Linda Carter, is also expecting a baby, so she’ll also be taking a break from Albert Square later this year.