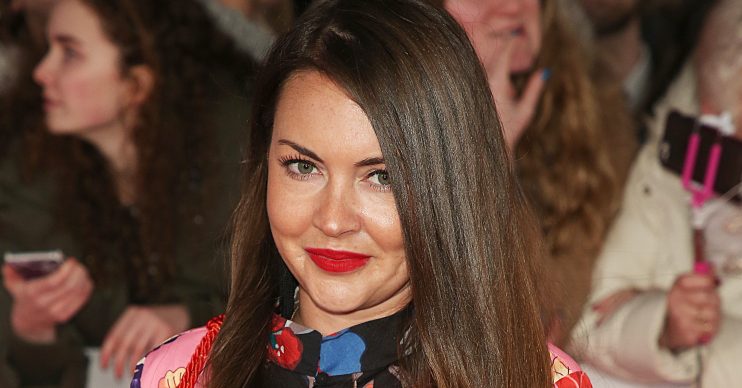 All the Turner clan

Lacey Turner is on maternity leave from EastEnders since having her first child, daughter, Dusty.

She’s been melting fans’ hearts by sharing pictures of the gorgeous girl and now she’s posted a new shot of all four generations of the women in her family.

Captioning it: “Four generations, Nanny, Bev Harvey, Lily Harvey, missing you, Daisy,” Lacey and her clan are looking tanned, happy and glamorous in the snap.

Lacey’s co-star Louisa Lytton (Ruby Allen) was one of the first to comment, saying: “Oh Lace,” followed by a series of heart emojis.

Last week Lacey reflected on how much life has changed since Dusty arrived in July.

Sharing a picture of herself and husband Matt Kay from four years ago, she posted it alongside an image of the couple with Dusty in the same spot.

She captioned the shot: “Four years later and a new addition. Dusty Doo we love you.”

She hashtagged the Fullerton Bay Hotel, which is in Singapore, so it seems she’s braved a long-haul flight with a little one! Well done, Lacey.

Fans were quick to comment, with one writing: “The cutest!”

“What a beautiful family,” added a third.

Lacey also posted a picture of Matt kissing Dusty’s head and captioned it: “My [world emoji].”

Lacey introduced her daughter in July after she and Matt welcomed the little one into the world.

Lacey, 31, showed her off in a photo shoot with OK! Magazine and revealed her unusual name: Dusty Violet Kay.

Lacey, who plays Stacey Fowler in the soap, told the publication: “Dusty’s our little miracle – we call her Special Kay!”

💜Our Dusty Doo💜 @ok_mag thank you for the beautiful photos

Confirming the news to OK! Magazine – where she said at the time that she was due in mid-July – Lacey said the couple had “dreamed of having a family for so long”.

Lacey is said to have made a brief return to EastEnders recently to film a few scenes.