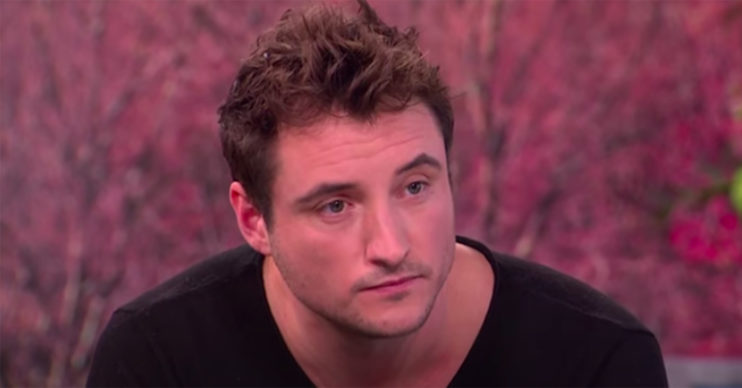 EastEnders star James Bye has left little to the imagination in his latest social media snaps.

The soap actor, 36, shared a series of photos of his recent DIY efforts.

And he just so happens to be topless in all of them.

The buff BBC actor looks incredibly proud of his work, and his fans appear just as pleased with the Instagram display.

In the first two photos he poses shirtless as he paints a wall.

Covered in white paint, he joked: “Top tip!!! When decorating, try and get the paint on the walls… much more effective. You’re welcome.”

And in the next post he’s posing in the shower, and flexing his muscled arm in the process.

He wrote: “Coat 2 was a bit better!! Going in the right direction.”

Fans of James, who plays Martin Fowler on the soap, flocked to compliment him.

One user commented: “Christ! Like it’s not hot enough already” and another posted: “Sexy sausage.”

A third user posted: “Them arms” and another remarked: “Looking good.”

When did James Bye join EastEnders?

A rather bold user asked if James would send him nudes, to which he jokingly replied: “On their way” with a winking emoji.

James has been on EastEnders for over six years now, and just last month he reflected on how being a soap star has changed his life.

Speaking to New magazine, he explained how he’s now a dad of three and joked that he’s lost hair since joining the BBC show.

He said: “Just seeing yourself on telly five years ago and how much you’ve changed.

“Davood (Ghadami who plays Kush) hasn’t changed that much, but I have. I mean, I’ve had two more children and lost a bit more hair.”

His character on EastEnders has been involved in several massive storylines.

This year saw him transform from a fairly innocent chap to being quite the bad boy.

He said: “This is probably the best stuff I’ve had since I’ve been on EastEnders, to be honest.

“I was a bit unsure about how we were going to get from Martin the fruit-and-veg guy to suddenly being this bad boy.

“But it’s been so nice for the audience to see him spiral out of control in front of them.”