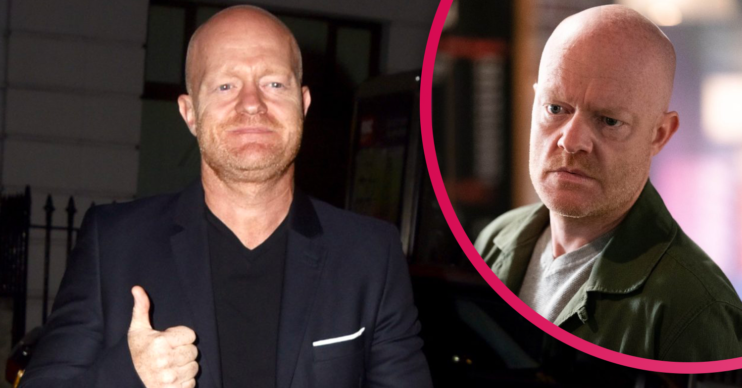 He is making the bride-to-be's dreams come true

EastEnders star Jake Wood might have left the soap, but he hasn’t left Max Branning behind.

The actor has delighted fans by agreeing to officiate at one lucky couple’s big day – as his character Max.

“Looks like I’m officiating a wedding next year as Max Branning,” Jake wrote.

“What have I got myself into?”

The picture showed the messages from the fan who asked him: “Would you officiate at my wedding as Max Branning? Nothing weird. Non-religious. Thanks.”

Game Jake asked for the dates and then agreed to do it.

Fans were thrilled and swarmed his post with comments about it.

One said: “Brilliant – what a good sport you are.”

“That’s a wedding I wanna go to lol,” said a second.

And now he’s created a whole industry with other soon-to-be brides and grooms asking him to do their wedding too.

One said: “Can you do the same at my wedding please?”

And another begged: “OMG please come to mine as well in Ireland. It would be amazing.”

How did Jake Wood leave EastEnders as Max Branning?

After a decade and a half of drama on the Square, Max’s exit was decidedly lowkey.

Max’s brother Jack told him it would be best if he left, so Max picked up his granddaughter Abi and packed their bags.

As Max’s car wouldn’t start, he headed towards the tube station with the toddler.

However when he caught her staring up at Rainie’s flat, he made the decision to leave the little girl with her great aunt.

Max then headed to the tube station alone and fans were disappointed at his low-key exit.

One said: “I agree it was time for Max to leave #EastEnders but his exit storyline was a disgrace.”

Read more: EastEnders: What it would really cost to live on Albert Square

Another added: “Of all the exit storylines they could have given Max, they gave him on that centres others and destroys his character.”

Jake paid tribute to his EastEnders character on Twitter, sharing kind messages from fans and a picture of Max.

He wrote: “My last ever appearance on @bbceastenders tonight @bbcone @8pm. Farewell Walford, I’ll miss you.”