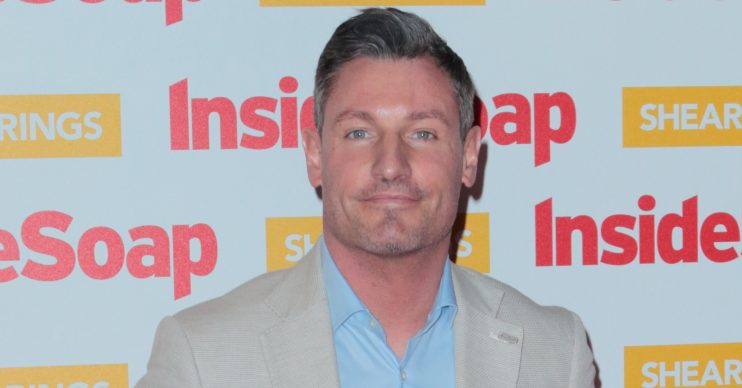 He plays Robbie Jackson on the BBC soap

Dean Gaffney has been involved in his second car crash in four months.

The EastEnders actor – who plays Robbie Jackson on the BBC One soap – is said to have been driving a white Skoda when the vehicle was involved in a smash with a black Vauxhall Corsa near the show’s studios in Elstree, Hertfordshire.

A spokesman for the soap star told The Sun newspaper he was involved in a “minor accident”.

A local added to the publication: “I heard the smash, came out and saw Dean Gaffney by the side of the road.

“He was looking at his car and so was the other driver. They didn’t seem hurt.”

It comes just four months after Dean was involved in a crash near Brentwood, Essex, which police attended. There were no arrests or injuries reported.

In January 2013, Dean was involved in a collision in Derby, which left him with head injuries.

He later admitted he wasn’t wearing a seatbelt at the time and was lucky to avoid brain damage.

Dean then-ITV breakfast show Daybreak: “I know I’m a naughty boy and it takes something like this – I always learn the hard way in my life.

“I was trapped inside [the car]. It reads worse than it actually was. I mean the fact that I didn’t have the seatbelt on.

“The NHS really looked after me and I want to say thank you to those guys – and they said that had I been wearing a seatbelt I probably would have just got whiplash and I would have walked away with none of this.

“So there’s so many things that could have gone wrong and the fact that I’m able to walk away and obviously you’ve got this campaign with the seatbelt thing, it’s so important – I can’t stress that enough.”