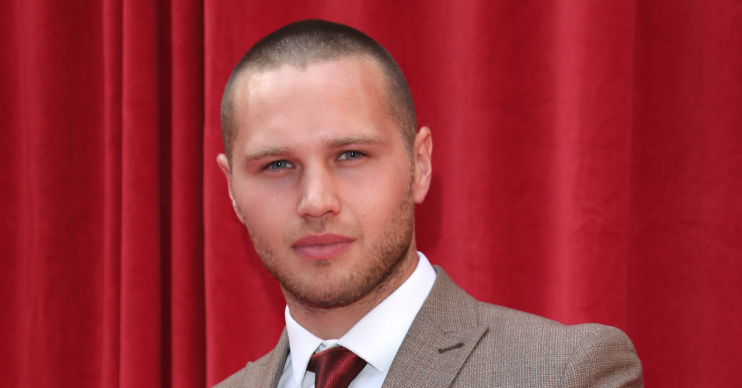 Hunky actor is apparently back on the market, ladies!

Actor Danny Walters is reportedly back on the market after splitting from his girlfriend of five years, Lily Smith.

Danny, who plays EastEnders hunk Keanu Taylor, is said to want to “focus on his work”.

However, a source has claimed that the pair “remain close”.

A source told The Sun: “Danny and Lily still have a lot of respect for each other, but want to spend time concentrating on their own goals.”

They added: “They’re both really young and have a lot of growing to do separately, so felt it was best to try being single.”

Admitting they “still remain close”, the source added that they “have a lot of respect for each other”.

Ent Daily has contacted reps for Danny for comment.

Lily was a regular feature on 26-year-old Danny’s Instagram feed, with the gushing star sharing pictures of their sunshine holidays and spa breaks.

The pretty brunette was also a regular on Danny’s arm as he attended awards ceremonies.

Fans had branded the couple “adorable”, with one saying Lily was “a seriously lucky lady”.

However, the last time Danny posted a picture of the pair was back in November.

He has recently been posting solo shots of his trip to Thailand and hasn’t addressed the reported split from Lily on social media.

Danny joined Albert Square back in 2017 and is currently embroiled in a love triangle with Louise Mitchell and her step-mum Sharon.

He hit the headlines back in April after a series of homophobic tweets were uncovered. He apologised and called the comments “immature”.