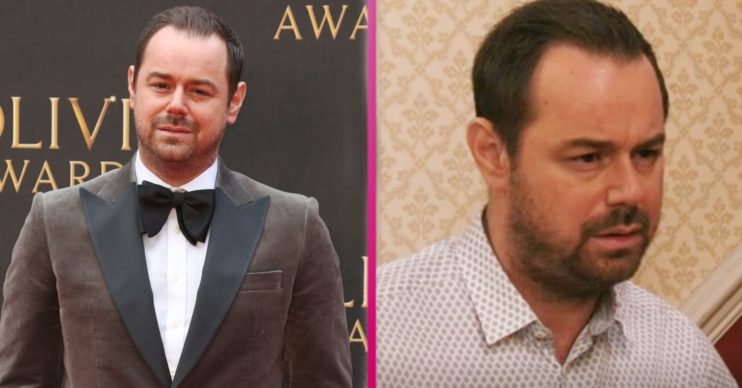 Sounds like Christmas in Walford is going to be dramatic!

Currently the BBC soap is off air and will be returning to screens Monday, September 7.

However it looks like plans for Christmas are already set and according to Danny they’re ‘taking it up a level’.

Speaking to Metro.co.uk, he said: “It is Christmas, you know what Christmas is about on the [expletive] Square!

“I’ll let you use your imagination on that one. We’re due another dark Christmas, aren’t we? That’s how we roll. We’ve really took it up a level.

“Us creatives have been stuck in for too long, I’ve been going crackers on Lego, I don’t know why. I am obsessed with it – I had to smash it all up the other day, we’d run out of room.

“There’s only so long you can have Hogwarts Castle sitting there when you’ve got a six-year-old son desperate to smash it all up, so we did. But a little part of me died inside.

He continued: “There’s creatives coming back to work and we’re all chomping at the bit so we’re all bringing out A game to the table.

“I don’t know how long that’ll last but at the moment, we’re so excited to be doing something in part of a show we love. Everyone is delivering beautiful and powerful performances.”

During EastEnders: Secrets From The Square, Shirley Carter actress Linda Henry revealed the past would come back to ‘bite Shirley on the bum.’

We’re due another dark Christmas, aren’t we? That’s how we roll.

This led fans to believe Shirley’s son, Mick’s brother, Dean Wicks would be back.

Other theories as to who it could be include Janine Butcher, Lauren Branning and Jane Beale.

Who do you think will be returning?