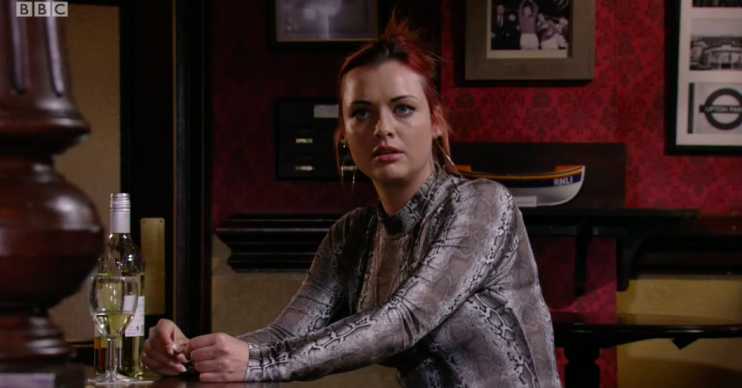 EastEnders SPOILERS: Whitney in danger as a minibreak with Leo turns sinister

Whitney Dean is set to find herself in serious danger in next week’s EastEnders when Leo King takes her on a night away with nothing but revenge on his mind.

When Leo tells Whitney that he is whisking her away for a night of romance in a fancy hotel for her birthday, she couldn’t be happier.

Whitney thinks she has finally found her perfect man but, of course, she couldn’t be further from the truth.

However, while Leo is cooking up his revenge plan, little does he know his mum Michaela is in Walford looking for him.

Leo is stunned when he comes face-to-face with his mum, and she is soon demanding to know why he is Walford.

Desperate to keep his plan for revenge to himself, Leo covers… but Michaela knows he is hiding something.

Realising that her son is up to no good, Michaela pleads with him to come home with her, and soon delivers some home truths about his father, Tony King.

Eventually Leo agrees to leave with his mum… but his web of lies is exposed when his phone rings and Michaela sees Whitney’s name come up on the screen.

But Whitney is oblivious to all the drama going on between Leo and his mum, and she’s busy getting ready for her romantic mini break.

However, Callum is suspicious about Leo and vents his worries to Jay and Tiffany, who both think he is jealous and tell him to back off.

But of course Callum is right to be concerned… and when Tiffany calls Bianca she is horrified when her mum reveals who Leo really is.

Sickened that Leo is Tony’s son, Tiffany realises that Whitney could be in serious danger and she tries to call her.

But at the hotel, Leo and Whitney are getting closer, and when Leo sees Tiff’s ringing Whitney’s phone, he cancels the call.

Knowing something isn’t right, Tiffany and Callum spring into action and it is a race against time to get Whitney to safety before something sinister happens.

But will they find Whitney before Leo’s renege plan is put into action?

What do you think Leo has planned for Whitney? Leave us a comment on our Facebook page @EntertainmentDailyFix and let us know what you think!