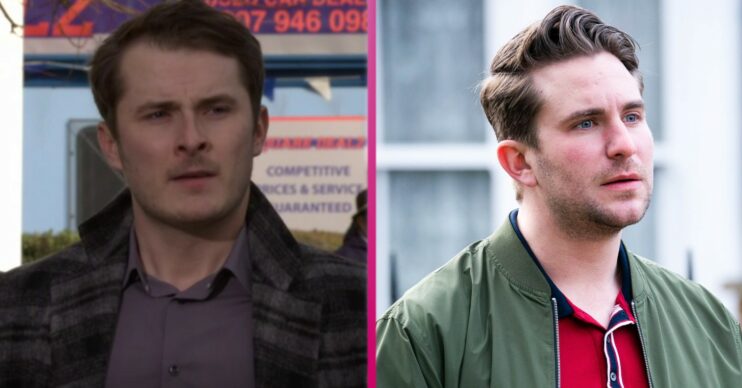 EastEnders spoilers for tonight reveal that it’s Jags’ funeral and Suki is struggling.

Meanwhile Simon comes to Walford and Callum goes to Phil for help with Ben.

Read more: EastEnders: Who is Paul Coker and what happened to him?

As the hearse arrives, the Panesar family are devastated. Kheerat becomes overwhelmed and walks out.

Ash finds Kheerat, who is a wave of emotions, but doesn’t come back to the funeral. Back at the Panesar house, Honey visits Suki and gives her encouragement.

Ben gets his revenge?

Desperate to stop Ben, Callum tells Phil that he got the number of Paul’s killer and he needs his help.

Not letting his pride get to him, Phil tells Callum to sort it out on his own.

Meanwhile Simon Atmore arrives at the gym and waits for the probation officer.

Simon immediately realises something is wrong as he steps back into the alley.

In last night’s episode (Monday, July 19 2021) Karen discovered Bernie is planning to be a surrogate for Stuart and Rainie.

Bernie took a pregnancy test and it came out positive.

Tonight Karen is angry and confronts Bernie. However Bernie gives her some home truths, the money for the surrogacy paid their bills.

Lola is determined to see Isaac

As Lola enters the mental health unit, Rafe informs her that Isaac doesn’t want to see her.

She soon comes back in with a burger, professing to Rafe that she will come back every day with a burger until Isaac is ready to see her.

EastEnders continues tonight at 7.25pm on BBC One.