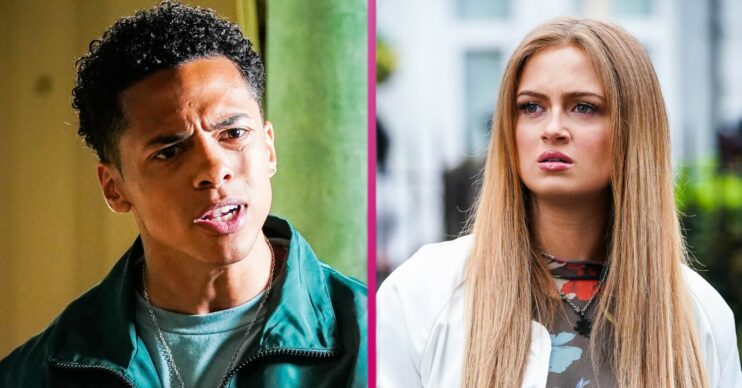 Meanwhile Linda is attacked, and Chelsea decides to play with fire.

He decided to tell Tiffany the truth and she was left shocked.

Tonight, when Tiffany finally arrives home, Keegan has everything set up for a romantic meal, but she immediately tells Keegan she knows about him and Dotty.

At the club Vinny tells Dotty that he knows what happened and so does Tiffany. Soon Dotty rushes off.

The ugly truth sets in for Tiffany. Will she be able to forgive Keegan and Dotty?

Mick, Whitney and a group of supporters head off to the café while Linda stays to lock up.

The men return and grab a petrified Linda.

Meanwhile Zack and Nancy are worried about their family seeing Zack, but when they hear the commotion Zack rushes downstairs.

Will he be able to help her?

Chelsea makes a move on James

Gray and Chelsea are at The Prince Albert when she sees James, the guy she hooked up with.

Coincidentally, Gray knows him and asks if he wants to get a drink.

Chelsea decides to play with fire with the two men as she lines up a date with James while Gray is at the bar.

EastEnders continues tonight at 7.30pm on BBC One.