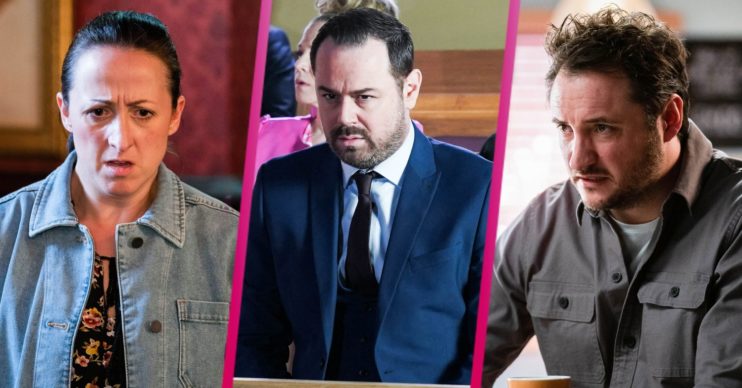 Mick makes a decision about his statement

Meanwhile Mick makes a decision before court and Lola and Sheree are left worried about Isaac.

Terry recalls memories from Sonia’s childhood but she remains unimpressed.

Later, he’s impressing everyone, explained how he got the nickname ‘Rocky.’

Sonia decides to test him.

Later Rocky regales in The Vic with tales of grandeur. Will Sonia change her mind about him?

Bernie is determined to be Rainie’s surrogate

This week, Rainie agreed to give Bernie a month to lose some weight so she could be her surrogate.

Tonight Tiffany runs into Bernie. Bernie asks her if she wants to come on a run with her, Tiffany’s thrown but agrees.

Nancy tells Mick that once the court case is over tomorrow, they can put everything behind them.

He later tells Linda that he has to tell his truth and read his own statement.

In Tuesday’s episode (May 18) Lily saw Ruby and Zack flirting in the club. She later told Martin that when he was away, Ruby spent a lot of time with Zack and he even spent the night.

Tonight, in the club, Sharon, Ruby and Zack chat about the gym launch. Soon Martin storms in…

Will he do something he’ll end up regretting?

Bailey and Keegan meet up with Isaac who takes them out for a meal.

Isaac has had a few drinks when Sheree and Lola join them. As the drinks flow, Isaac suddenly freezes whilst telling a story.

Will you be watching tonight’s EastEnders?