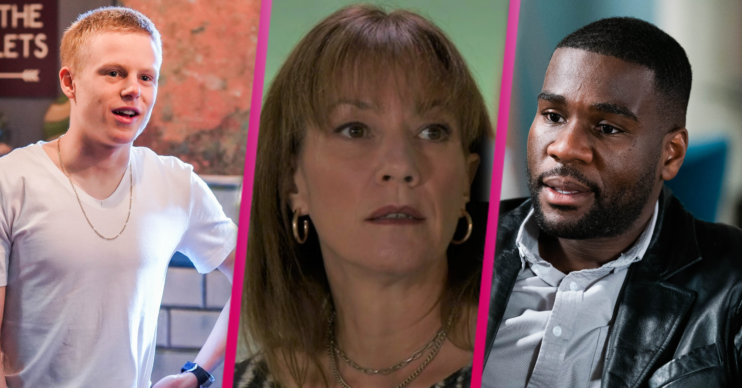 Rainie learns a secret about Violet

EastEnders spoilers for tonight reveal Iqra drops Bobby in it with Dana.

Meanwhile Violet lets Rainie in on a secret and Isaac look for more information on Paul.

Rocky catches sight of Kathy and likes what he sees. When Bobby asks Kathy for the afternoon off so he can see Dana, Kathy takes the day off instead and ignores Rocky’s invite for a drink.

Dana arrives to the restaurant looking for ‘Robert’ and Iqra ends up dropping Bobby in it by suggesting he cooks them dinner.

Dana is impressed with the meal but Bobby panics when she suggests going back to his place.

Stuart is worried about his appointment with the fertility clinic and Rainie is seeing another potential surrogate later.

Nancy encourages Mick to speak up if he’s having doubts, but Mick is adamant that Max deserves to know the truth regardless of how he feels.

Meanwhile Karen is concerned about Bernie’s dieting. She suggests they go to a group together and Tiffany offers to go for support.

However she’s soon caught off guard. She tells Violet to go back home, but Violet lets her in on a secret.

Isaac is determined to find out more about Paul

Meanwhile Isaac continues to dig for information on Paul and asks Ruby and Martin to borrow their photo albums, pretending it’s for the kids at school to see what Walford was like back in the day.

Ruby is wary but Martin happily hands them over. He shows Patrick, who begs for Isaac to let things go.

However it becomes clear that Isaac won’t listen to him.