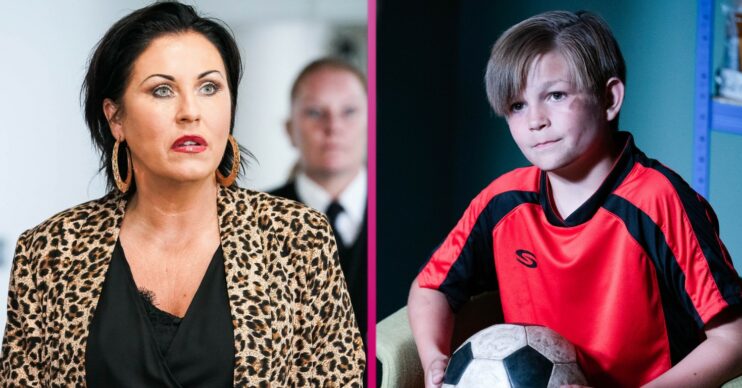 Meanwhile Jean returns home to a shocking surprise, and Shirley appears to get a text from Tina, but is all as it seems?

Martin calls Kat and explains Tommy is upset about the court case with Scarlett.

Kat realises she needs to be honest. She later tells Tommy that Alfie isn’t his real dad, his uncle Michael is – making Tommy and Scarlett siblings.

Although Tommy is shocked, it only makes him more determined that they need to look after Scarlett.

Later Kat arrives to the courthouse and tells the social worker that she wants to become Scarlett’s carer, it’s for the best Scarlett never sees her real mum again.

Ruby tries her best to distract her husband but she can’t stop him leaving.

Martin is sure Jean is going to open up about her diagnosis but she’s thoroughly distracted and ushers him away suddenly.

It’s revealed that the marijuana in the garage didn’t die whilst Jean was away as she planned, it’s grown more than ever.

Jean has no idea what to do with the huge tropical drugs den.

Shirley gets a message

Sharon is feeling stressed and a bewildered Zack agrees to take Albie to an appointment as a favour.

Gray is tight on cash and uses a burner phone to send a message. Meanwhile Shirley sees a text from Tina who wants money.