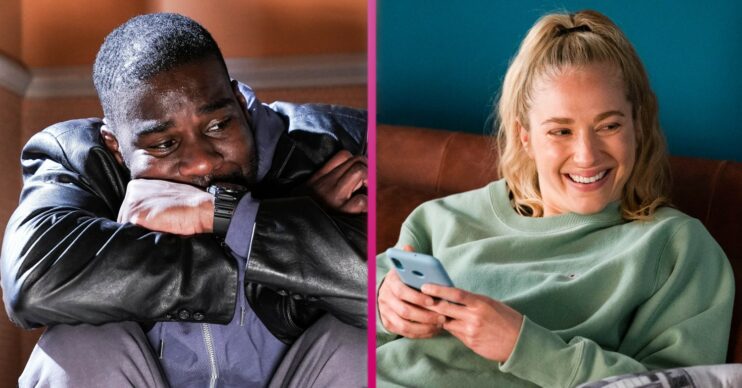 Is Isaac going to be okay?

Meanwhile Peter is avoiding Ash and Phil wants Tommy to do some football trials.

Sheree tries to get Lola to take his medication but Isaac’s auditory hallucinations stop him.

Later Lola, Kim and Patrick discuss Isaac’s condition but Patrick tells them to leave it to Sheree.

However he doesn’t know that Sheree is also struggling.

Isaac stops Lily and Arthur as they arrive home with Ruby. He persuades them to go on a picnic and stay away from the house to keep them out of harm’s way.

Ruby soon catches Isaac trying to break into her house.

Martin and Sheree notice the commotion and rush over to a panicked Ruby. She doesn’t know where the kids are.

The situation begins to intensify as Isaac gets more distressed. Martin soon goes to the police and Isaac makes a run for it into the house.

Ash is confused as to where Peter is. He has been AWOL while she has been grieving for Jags.

Meanwhile at home Peter is ignoring Ash’s calls and tells Bobby and Kathy that he can’t handle being around her family, but they’re not impressed with his attitude.

Later Kathy sees Ash and Ash asks if Peter is ghosting her.

Nancy arrives home from hospital in a bad mood. Linda complains to Sharon about Nancy so Zack offers to pop round to see her.

When Zack visits Nancy she’s upset. Later Zack surprises Nancy with a home-cooked meal wearing nothing but a hat and apron.

Later Frankie tells Zack she thought they were keeping their distance from Nancy.

Phil has a plan for Tommy

After Harry Redknapp told Phil and Kat he saw talent in Tommy, Phil tries to convince Kat to let her son do the football trial.

Kat later bumps into Kim who is boasting about Pearl’s abilities, which gets her thinking.

EastEnders is on tonight on BBC One at 8.05pm. This week’s episodes are available to watch on BBC iPlayer.